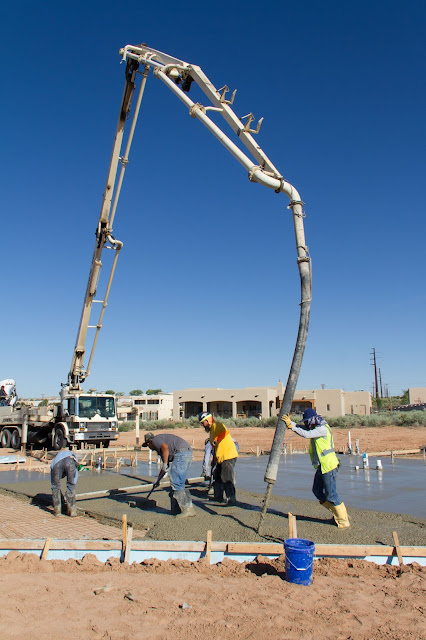 A new house is being built just up the hill from ours, and last week they poured the slab on which the house will sit.  I've been photographing the construction process since they started clearing and grading the land, so I thought this would be a good milestone to share photographically.

It starts with an acre of dirt and sagebrush . . . 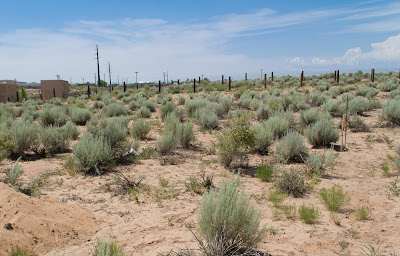 Then come the earth-moving equipment and a water truck to keep down the dust . . . 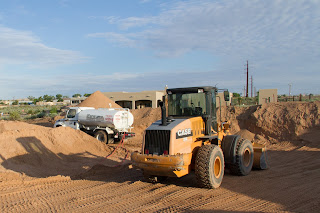 and the requisite Porta-Potty . . . 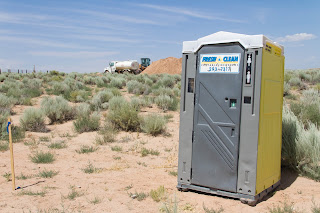 Because this site is on a hill, the dirt is dug out to create a level area for the slab . . .

Then trenches are dug to outline the footprint of the house for a foundation . . . 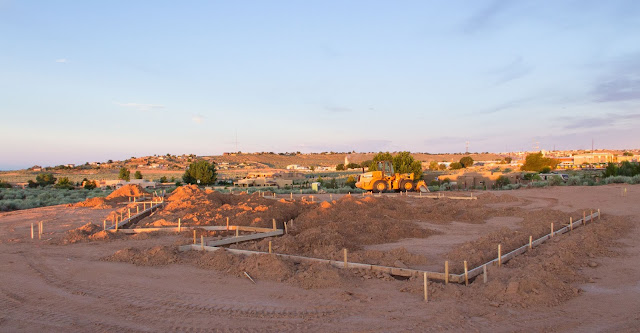 . . . and to provide channels for the plumbing within the footprint area: 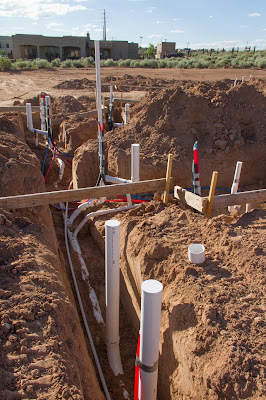 The interior of the footprint is smoothed out; the trenches are partially filled; and a grid of wire mesh is laid out to reinforce the poured concrete. 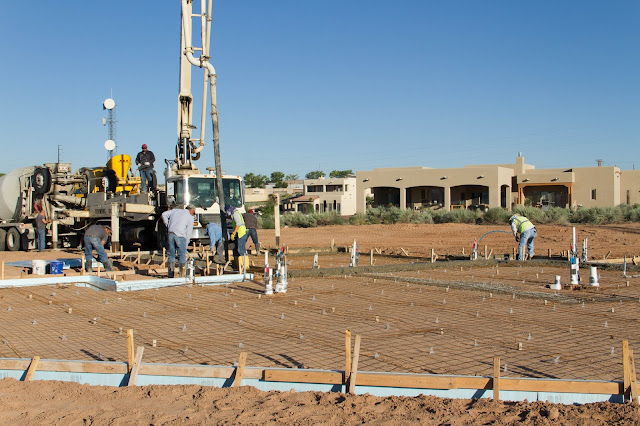 Then it's time to pour the concrete.  The operation requires a concrete pumper truck with a large, motor-controlled boom that can deliver the liquid concrete to any part of the footprint of the house:

The pumper truck gets its concrete from the familiar transport trucks, which line up to take their turn off-loading their contents into the pumper truck. 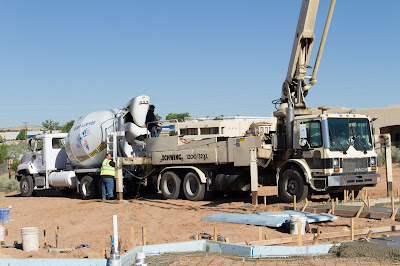 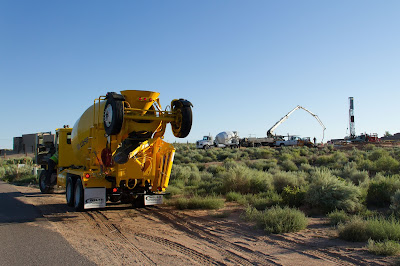 The concrete is pumped up and over the top through a pipe attached to the mechanical boom.  The flexible delivery end is managed by a single worker, and the pump and boom are controlled by a guy standing on the truck with a joystick controller (circled in the images below): 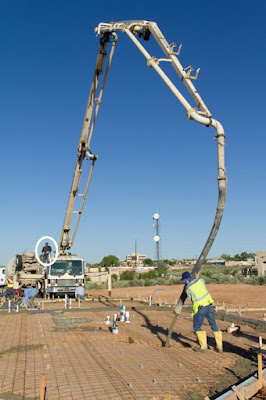 The concrete is poured in sections of a certain size to allow for finishing. 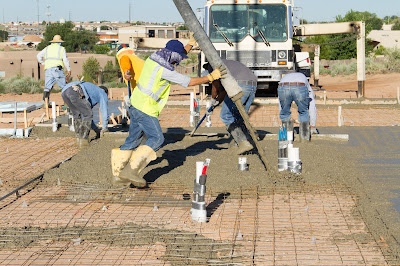 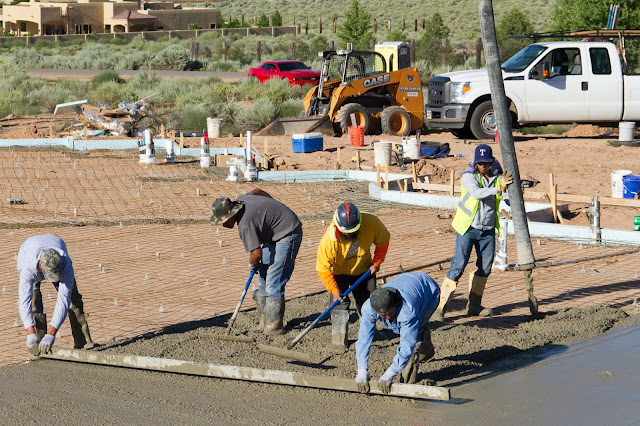 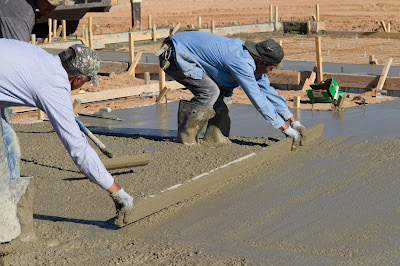 After this crew moves on, another worker smooths the surface with a long-handled device: 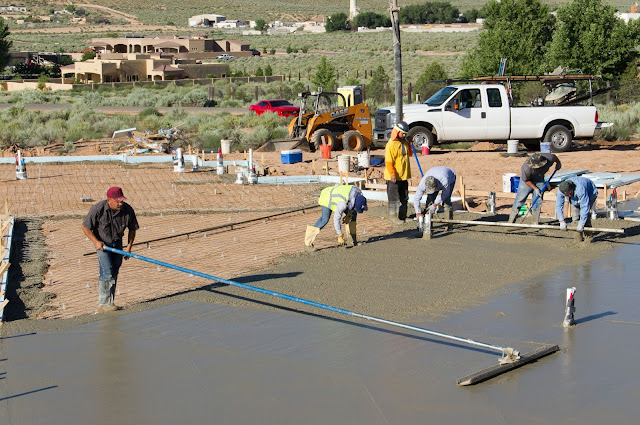 Around the perimeter, workers smooth the edges of the slab . . . 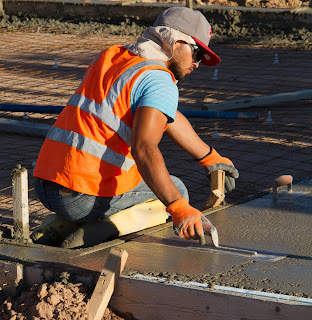 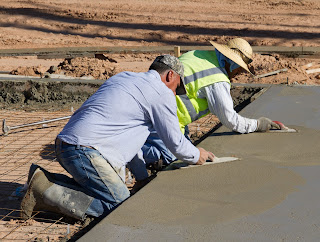 . . . and another worker inserts bolts into the concrete that will eventually anchor the walls of the house: 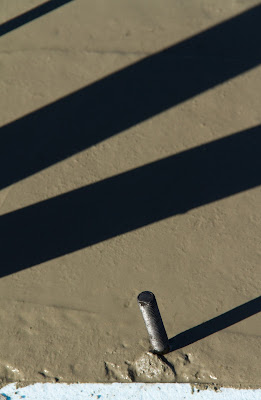 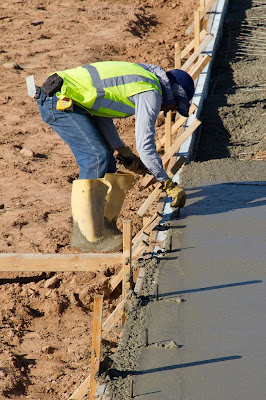 This process is repeated until the entire footprint of the house is filled with concrete, smoothed and finished.


If you would like to see these images and more in a larger format, visit my photography website, Todos Juntos Photography, by clicking here.

We shall not cease from exploration . . .


On a vast remote plain 7,000 feet above sea level in south central New Mexico are 27 radio antennas, each 25 meters in diameter.  Constructed in the late 1970s, the antennas are known as the Very Large Array, or VLA. 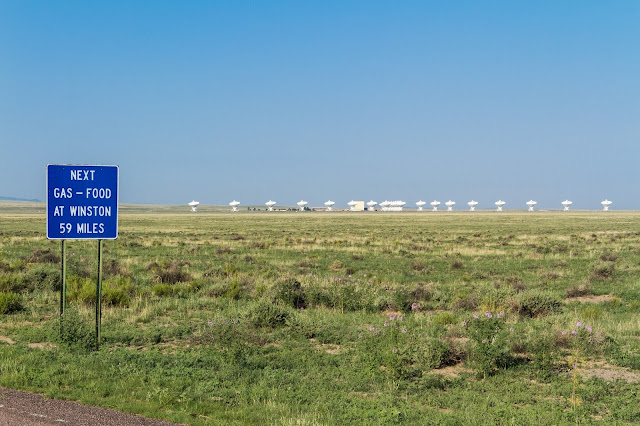 The VLA conducts observations of astronomical radio frequency sources such as pulsars, quasars, black holes, and other phenomena.  Though featured in the 1997 film, Contact, (click here for a cool clip) and numerous other films, the VLA is not used in the search for extraterrestrial intelligence.

The VLA antennas are arrayed in a Y formation, nine along each 13-mile long leg.


The antennas weigh 230 tons each, but can be moved on rail tracks by a specially-designed locomotive that also lifts them off and onto pedestals. 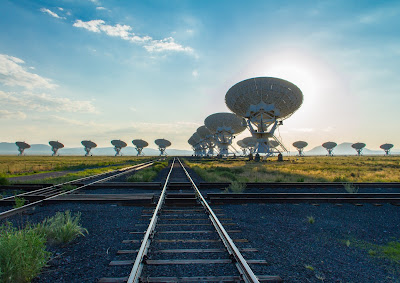 The antennas can thus be arranged in very broad or very tight formations, depending on the angular resolution needed for observations.  Together, they act as a single antenna with a variable diameter ranging from 1200 meters to 26 miles.

The antennas can also be re-oriented to point in any direction horizontal to vertical.  For a 24-second video showing a dish being re-oriented, click here.


I make a pilgrimage to the VLA every other year or so.  These images were made last summer (2014) during two trips.  The first visit was in July with my photo buddy, Barry Schwartz . . . 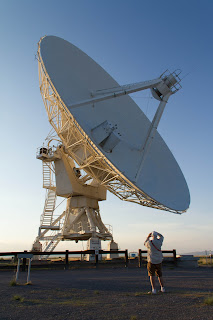 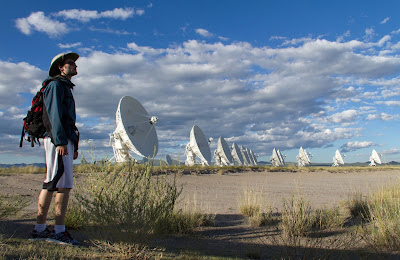 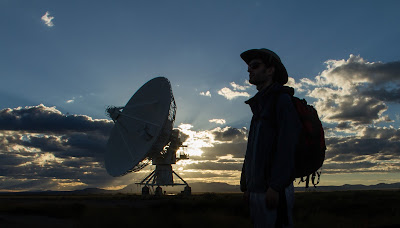 I go to the VLA for two reasons:  (1) it's a great photography destination, yielding great visuals in different light, different weather every time . . . 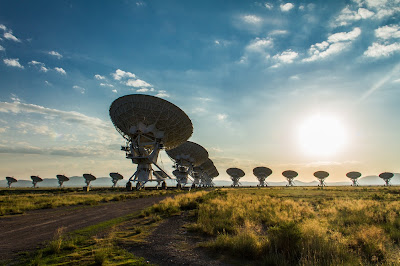 . . . and (2) for the inspiration it provides:  what complex, beautiful, majestic, awesome tools the minds of humans can conceive and build to extend our view far beyond our tiny little speck of a planet! 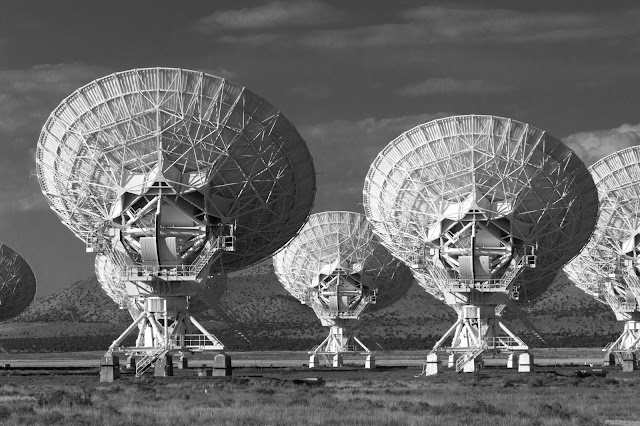 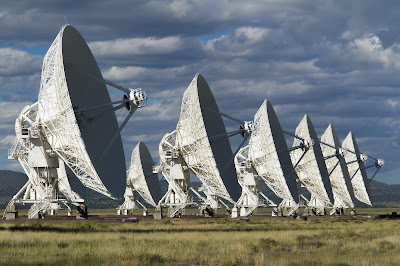 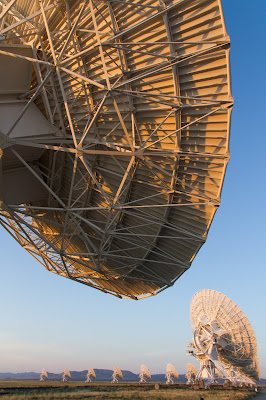 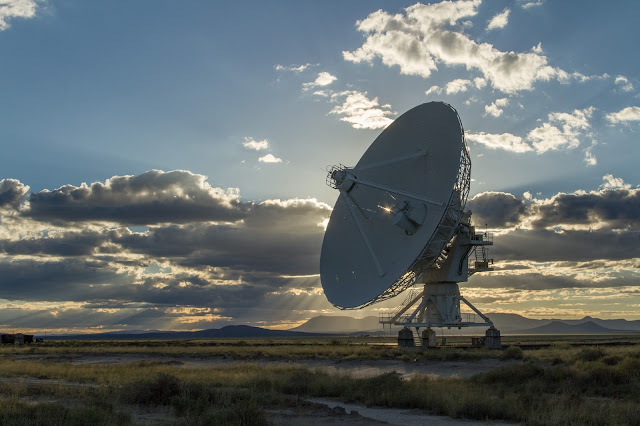 If you would like to see these images and more in a larger format, visit my photography website, Todos Juntos Photography, by clicking here.

Posted by Lance Ozier at 8:36 PM No comments: