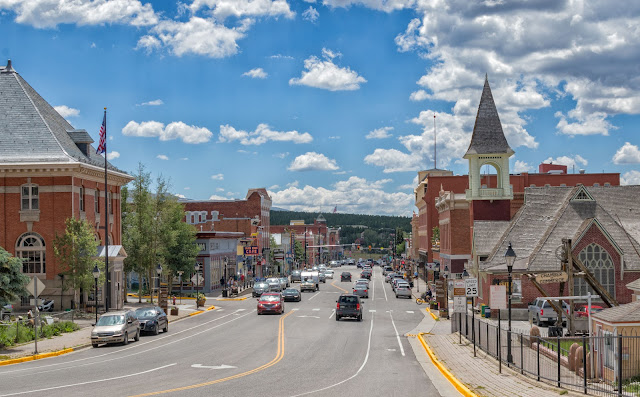 Earlier this month, my friend Bruce and I traveled up to Leadville, Colorado, for a photography trip and respite from the hot weather in New Mexico.  Located in central Colorado about 77 miles southwest of Denver (as the crow flies), at an elevation of 10,152 feet above sea level, Leadville is always considerably cooler. 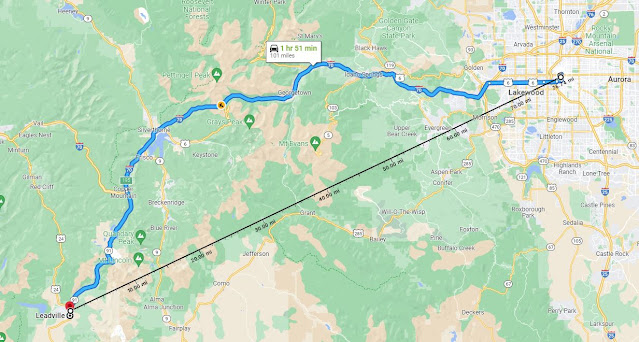 You've probably never heard of Leadville, but at one time in the late 19th century it was the second largest town in Colorado (next to Denver) because it was an incredibly productive mining boom town.

Leadville was founded in 1877, barely a year after Colorado became a state.  Placer gold had been discovered in the area in 1859, and in 1874 miners discovered that the heavy black sand that clogged the sluice boxes contained large concentrations of lead and silver.  Thereupon, the silver boom began, aided significantly by the U.S. government's 1878 decision to purchase large amounts of silver to support the national currency.

By 1880 Leadville had nearly 30,000 people, gas lighting, water mains, 28 miles of streets, five churches, three hospitals, six banks, dozens of saloons and brothels, and schools for 1,100 students.  It all came crashing down in 1893, when the Sherman Silver Purchase Act was repealed and the Panic of 1893 hit. 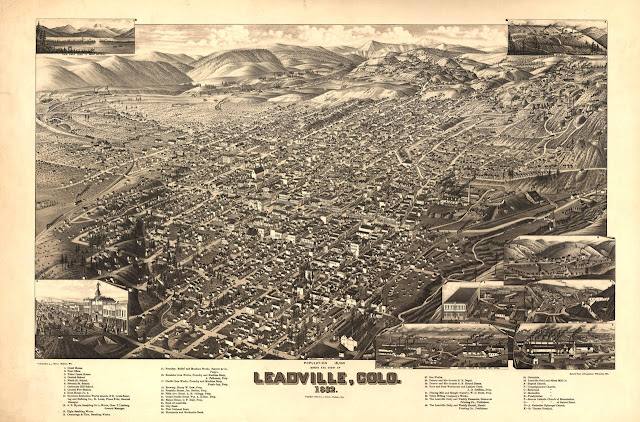 Leadville recovered slowly in the early 20th century with the mining of lead, zinc, and copper.  Eventually, mining for molybdenum (used as an alloy for strengthening steel) became the primary extractive industry, but even that has gone through multiple boom and bust cycles.

Over the past forty years, Leadville has become a center for outdoor adventure tourism in the Colorado Rockies, featuring hiking, fishing, skiing, camping, and other activities.  The main street is dotted with coffee shops, bicycle shops, and restaurants appealing to the wilderness crowd.  Population of Leadville in 2020 was 2,639.

In 1966, seventy square blocks of Leadville's downtown area were designated as a National Historic Landmark, and many original buildings and houses are well-preserved.  Here are some examples: 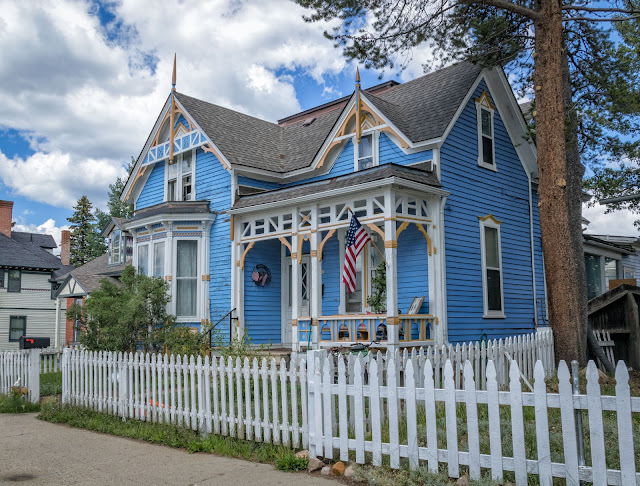 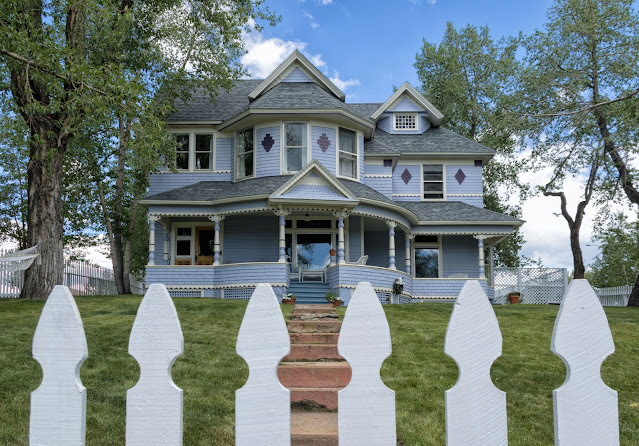 One of the most significant buildings in Leadville is the Tabor Opera House, which opened in November, 1879.  At the time it was said to be the finest opera house between St. Louis and San Francisco, a proud sign of culture and civilization in a frontier environment.

There are many stories surrounding the Opera House.  For example, the twenty-seven year old Oscar Wilde appeared there in 1882 on his transcontinental U.S. speaking tour, dressed in a velvet coat, silk  stockings, and lots of lace.

Wouldn't you love to have been in that audience?!

The Opera House's namesake, Horace Tabor, was originally a shopkeeper who grubstaked a couple of miners who luckily struck it rich.  Virtually overnight, Tabor became incredibly wealthy, and invested in several other mining companies, including the aptly-named Matchless Mine, eventually becoming the equivalent of a billionaire in today's money.

Tabor became known as The Silver King.  He was elected Lieutenant Governor of Colorado and served very briefly (30 days) as an appointed United States Senator in 1883.

However, Tabor was seduced by his wealth.  After opening the Opera House in Leadville in 1879, he spent lavishly on an even bigger opera house in Denver, which opened in September of 1881, and lasted only nine years.  Tabor's more business-minded wife, Augusta, was unhappy with his profligate spending, and they became estranged, especially after Horace met a beautiful young divorcee, Elizabeth McCourt Doe, known as "Baby Doe," and fell in love with her in 1880.  He was 50; she was 26.

Horace and Baby Doe were secretly married in St. Louis in September, 1882.  Augusta divorced Horace in January, 1883, and two months later Horace and Baby Doe were publicly married in a lavish ceremony at the Willard Hotel in Washington, DC, while Horace was serving as a U.S. Senator.  Baby Doe wore a white satin gown that cost $7,000, and a $90,000 necklace that originally belonged to Queen Isabella of Spain.  Some accounts say President Chester A. Arthur attended, but due to the scandalous circumstances of the marriage -- two divorced people -- many invitations were declined.

The Tabors took up residence in Denver, but their fortunes began to decline in the early 1890s, and when the Panic of 1893 struck, Tabor was wiped out.  Horace moved back to Leadville and worked as a  common mineworker.  Baby Doe and their two daughters lived in a boarding house in Denver after selling off all their property and her jewelry.  To save them from total destitution, some of Horace's political friends arranged for Horace to be appointed postmaster of Denver in 1898.  Fifteen months later he died of appendicitis.

The remaining years of Baby Doe were even more tragic.  She and her daughters moved back to Leadville around 1900, where she took up residence in a former tool shed on the grounds of the once-productive but now exhausted Matchless Mine, which Horace had once owned, in hopes of restarting it. 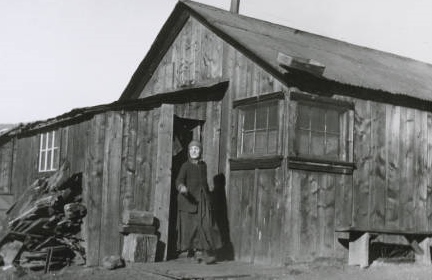 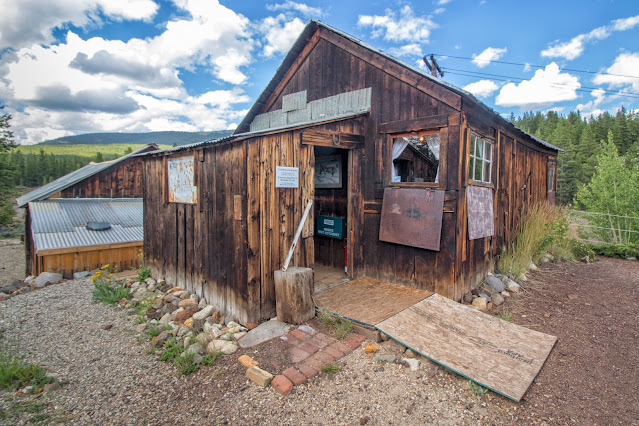 According to the Wikipedia entry about Baby Doe, "she wandered the streets of Leadville, rags on her feet, wearing a cross, and came to be known as a madwoman. . . . She often walked the empty streets at night, dressed in a mixture of women's and men's clothing, wearing trousers and mining boots.  She protected the mine from strangers with a shotgun, and 'she became a sad spectre of Baby Doe to old-timers; a spectacle to the young.'"

During the winter of 1935, after an unusually severe snowstorm, neighbors noticed there was no smoke coming out of the chimney at the cabin.  They broke into the cabin and found Baby Doe dead, her body frozen on the floor.  She was 80 years old.

The story of Horace Tabor and Baby Doe has all the makings of a tragic opera -- a love triangle; happiness; death; a sad denouement -- and in fact it became the basis for an actual opera, The Ballad of Baby Doe, written by American composer Douglas Moore.  The opera premiered in Central City, Colorado, in 1956, and was performed in 1959 by the New York City Opera, with Beverly Sills as Baby Doe.  (I had never heard of Tabor, Baby Doe, or the opera until this trip.  For you opera lovers, click here for a video of Sills singing one of the arias from the opera.)

Baby Doe was also featured on the cover of "Life" magazine the same year (1959), touted as a legend among women of the mining West. 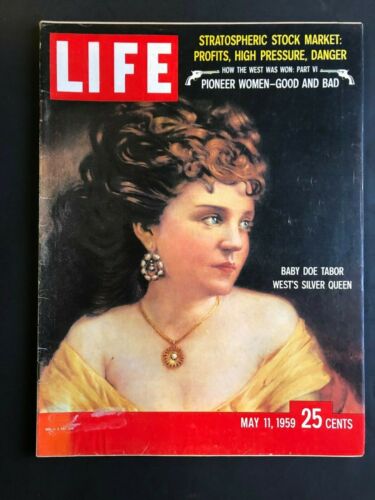 Needless to say, the mines around Leadville devastated the landscape and were all eventually abandoned, leaving collapsing structures . . . 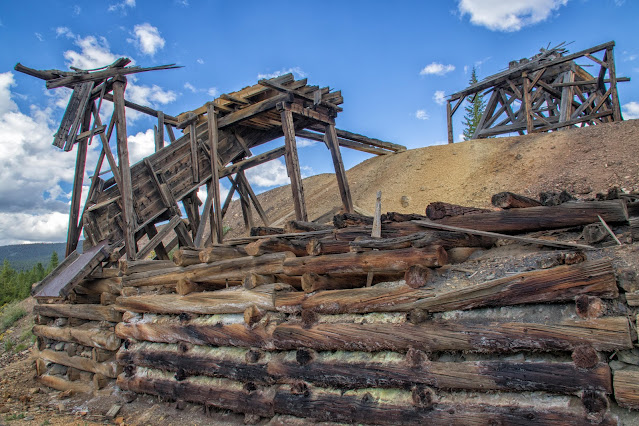 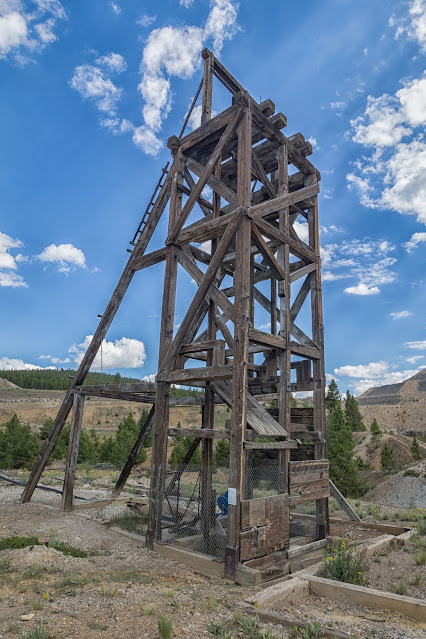 and tons of toxic material of unearthly color: 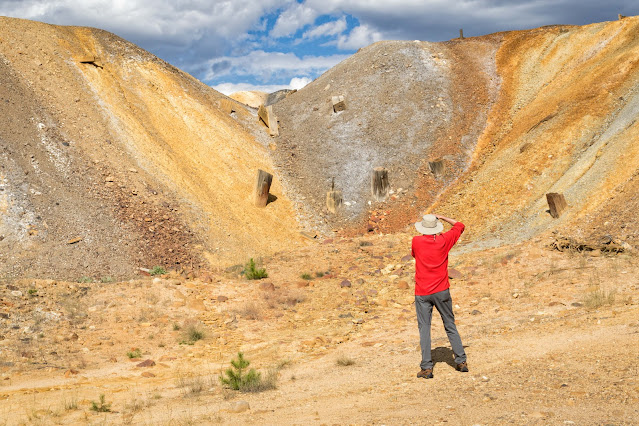 In 1983 the EPA designated the California Gulch (Leadville) area as a "superfund" reclamation project, and since 1995 the EPA and other entities have conducted removal and remedial activities to consolidate, contain, and control over 350,000 cubic yards of soils, sediments, and mine processing wastes.  Clean up is about 90% complete.

In contrast to the environmental devastation surrounding Leadville, there's plenty of beauty in the Rocky Mountains.  On our way home, we took a brief side trip into a canyon near Mt. Princeton. 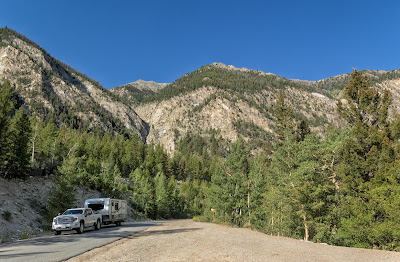 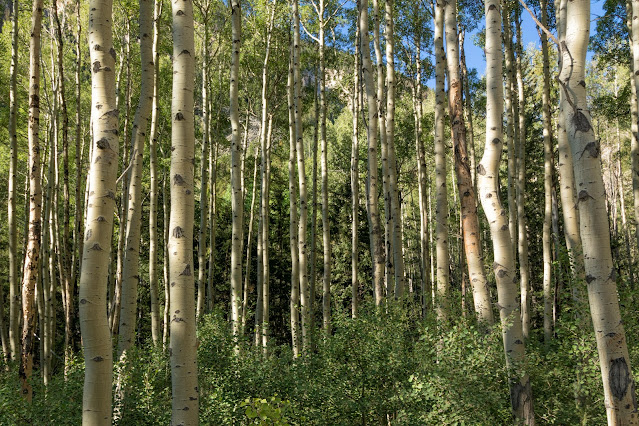 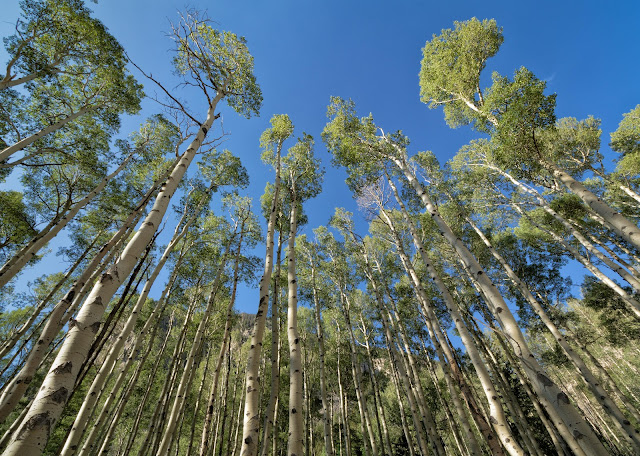 and of course a sparkling clear mountain stream great for fishing! 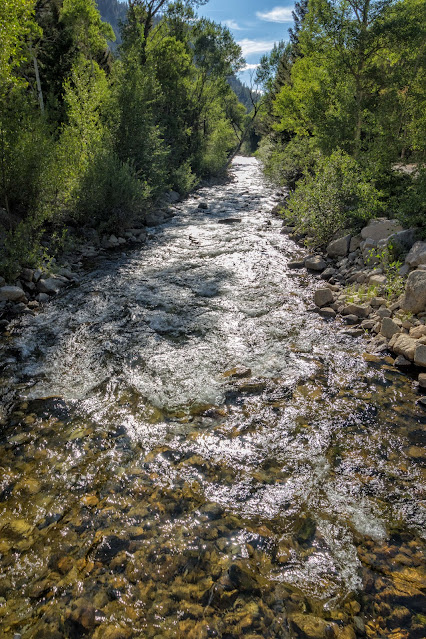 Posted by Lance Ozier at 4:02 PM No comments: