Angels in the Architecture 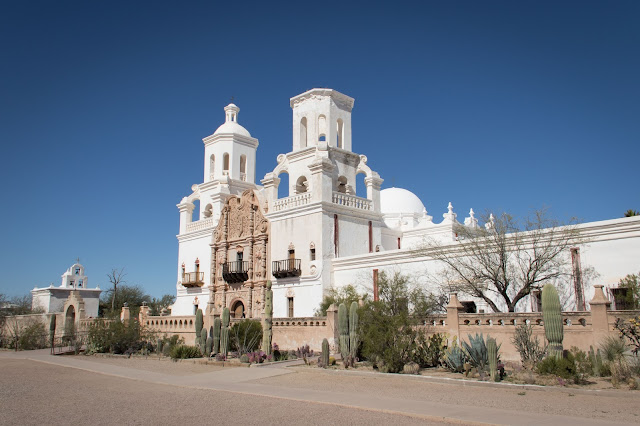 He looks around, around
He sees angels in the architecture,
Spinning in infinity
He says "Amen!" and "Hallelujah!"

In a desert valley about 10 miles southwest of Tucson stands the mission cathedral of San Xavier del Bac.

The cathedral is a National Historic Landmark.  Its construction began in 1783, the year the American Revolutionary War ended, and was finished in 1797, the last year of George Washington's presidency.

The cathedral is the oldest intact European structure in the United States, and the exterior is a classic example of Spanish Colonial architecture:  simplicity, clean lines, balconies and bell towers: 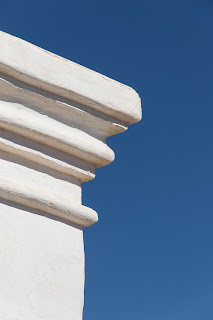 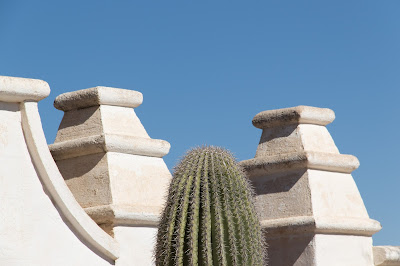 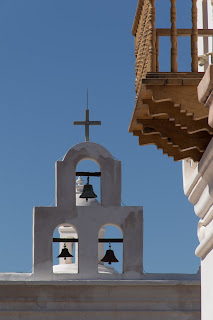 But it's really the interior that takes your breath away. 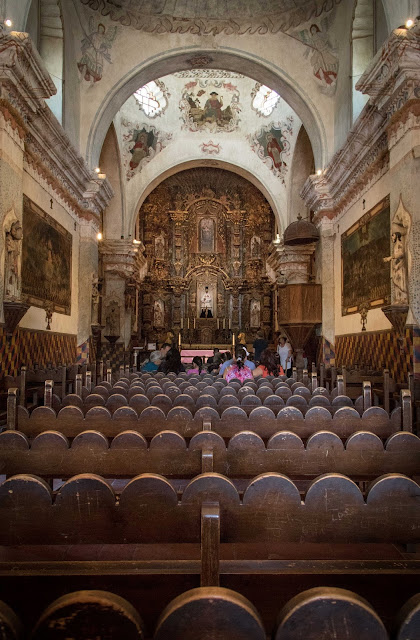 The interior decoration begins simply.  In a vestibule at the entrance to the cathedral, the walls feature primitive relief sculptures . . . 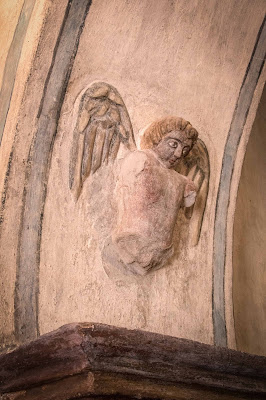 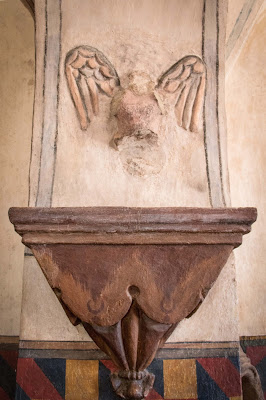 The vaulted ceiling of the vestibule is simply but beautifully decorated: 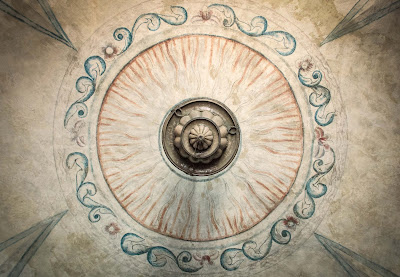 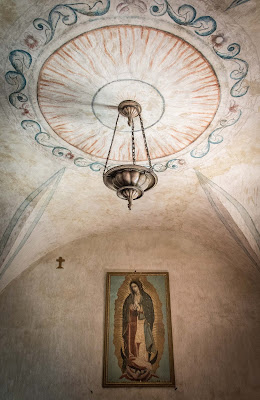 Immediately to the left of the entry vestibule is the baptistry and the baptismal font, said to be the oldest item in the cathedral, carried forward from the previous mission church. 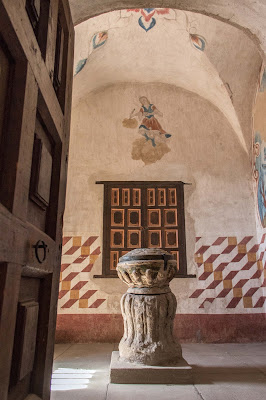 Further in, relatively modest statues and fresco murals adorn the walls of the nave, accompanied by elaborate moldings and painted designs above and below: 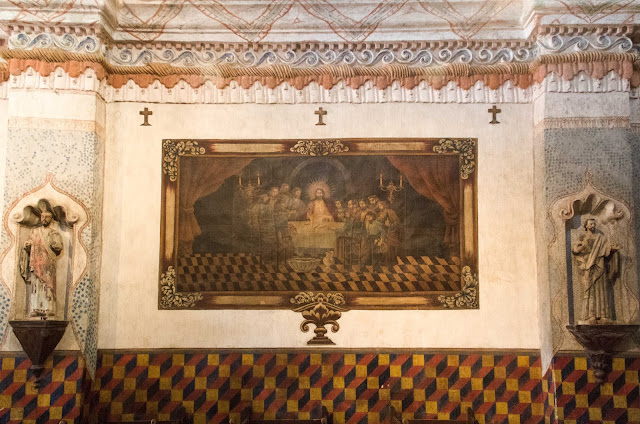 The cathedral has four masonry vaulted ceilings, three of which feature a shell motif, which is a symbol of pilgrimage after the patron saint of Spain, Santiago or James the Greater.  Here's a view looking back toward the entrance to the cathedral: 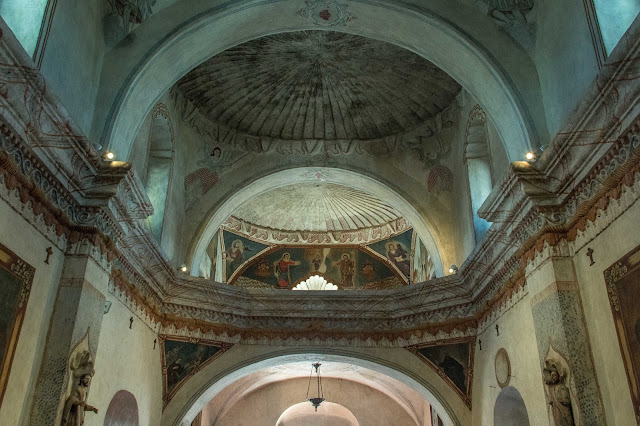 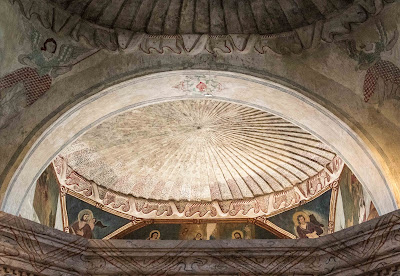 Notice that the shell motif is also used in the window openings (on the left and right sides of the image below): 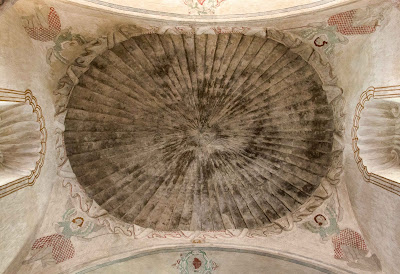 And check out those angels, who look like local señoritas and are showing more than a modest amount of leg.  Tradition has it that these angels are likenesses of the two daughters of the artist who painted the ceiling.  (Would those Puritans in Massachusetts approve?) 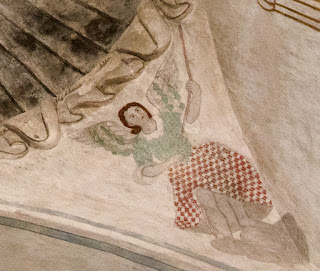 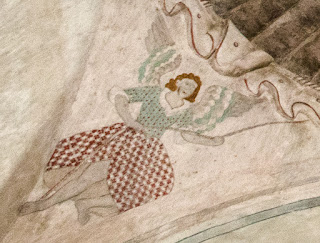 The decoration of the nave and its ceilings pales, however, once we arrive at the apse containing the altar at the front of the church, where the style goes totally crazy Byzantine . . . 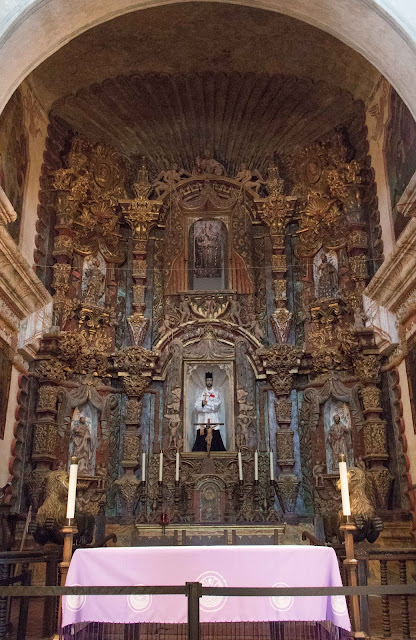 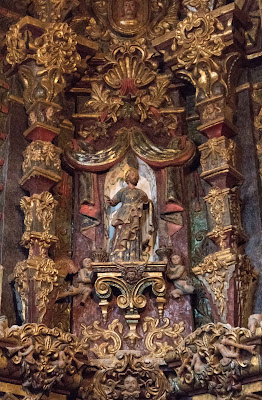 Compare this with the interior of Albuquerque's San Felipe de Neri church, built in 1793 at the same time as San Xavier del Bac: 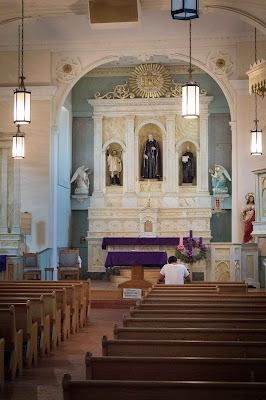 The transepts at San Xavier are only a bit less elaborate than the altar area: 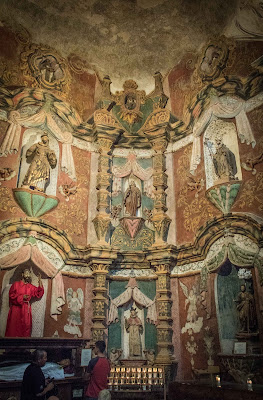 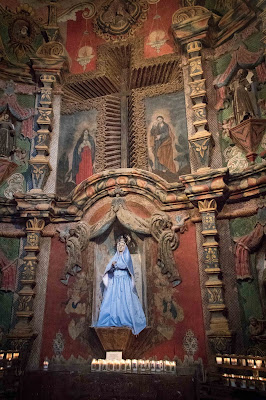 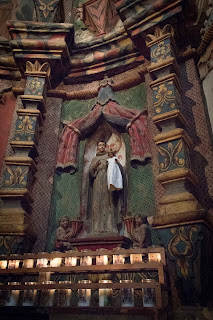 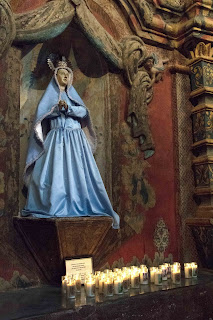 And towering over the intersection of the nave and the transepts above the altar, the great dome: 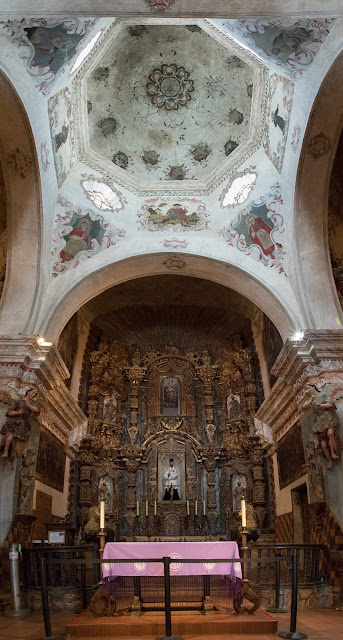 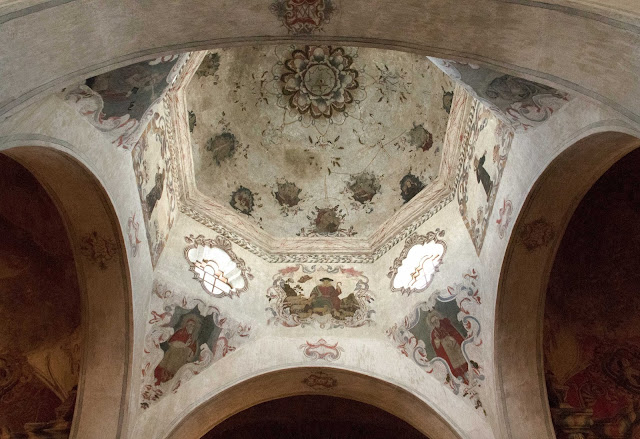 If you would like to see these images (and more) in a larger format, visit my photography website, Todos Juntos Photography, by clicking here.