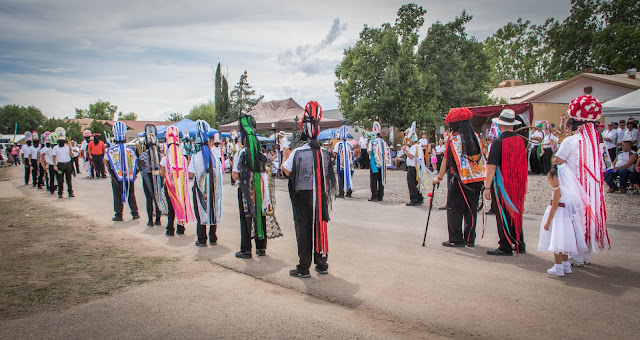 O body swayed to music, O brightening glance,
How can we know the dancer from the dance?

One of the things we appreciate about living in New Mexico is the easy commerce among the three predominant cultures:  Native American, Spanish, and Anglo.

Every year in early August, a little town called Bernalillo just north of Albuquerque celebrates all three cultures in the Feast of San Lorenzo, patron saint of the town. 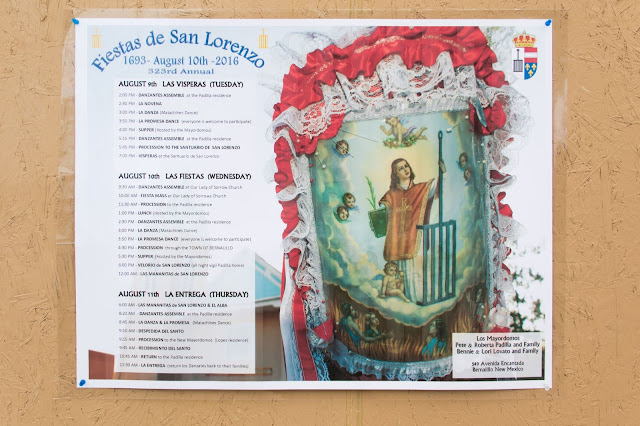 In Bernalillo, the dance has been performed every year since 1693 -- the oldest continuous performance of La Danza in the western hemisphere.  Last year I photographed the Bernalillo dance on two successive days, one cloudy and one sunny. 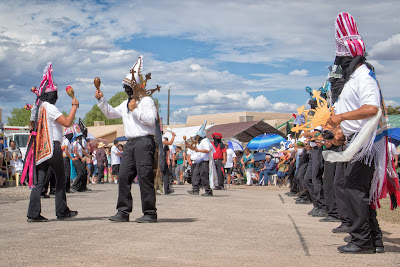 The history of the Bernalillo dance goes back to 1680, when the indigenous people revolted against the Spanish who occupied the territory now known as New Mexico.  The revolt is called the Pueblo Revolt, and the Spanish were driven out of the territory for 12 years.  You can read more about it here.

According to oral tradition, the Spanish settlers of Bernalillo were on good terms with the nearby Sandia Pueblo natives.  When the revolt was imminent, the Sandia people warned the residents of Bernalillo ahead of time, and the Spanish were able to escape safely to what is now El Paso, Texas.  The exiles promised that if they were saved, they would dance the dance every year at the Feast of San Lorenzo, which occurs on August 10 -- the first day of the Pueblo Revolt.  And so they have.  This year's dance will be the 324th.

La Danza is much older than 324 years, and it is incredibly syncretic.  The dance traces its origins back to medieval Spain during the time it was occupied by the Moors, and many of the costume elements, including the face coverings, are thought to be of Moorish origin.

When the Spaniards came to the western hemisphere, they brought the dance with them, and then incorporated elements of Aztec culture while celebrating Spanish conquests.  Later, as the Spanish culture spread northward into the Rio Grande valley, the dance incorporated even more Native American elements, as well as the evolved iconography of the Roman Catholic church.  You can read more about the symbolic and ritual elements of the dance here and here. 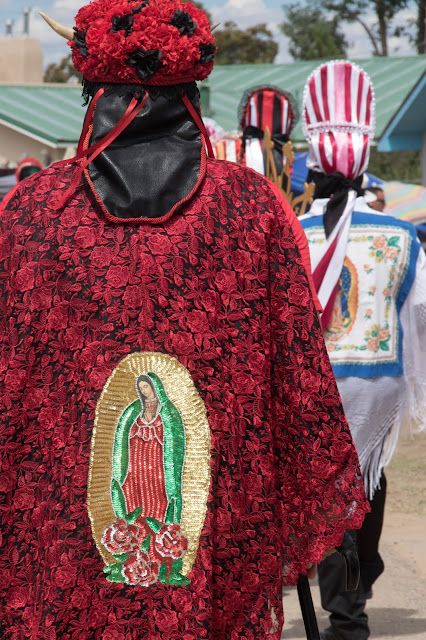 The setting for the Bernalillo dance is a typical New Mexico neighborhood street, augmented with small bleachers, tents, and spectators. 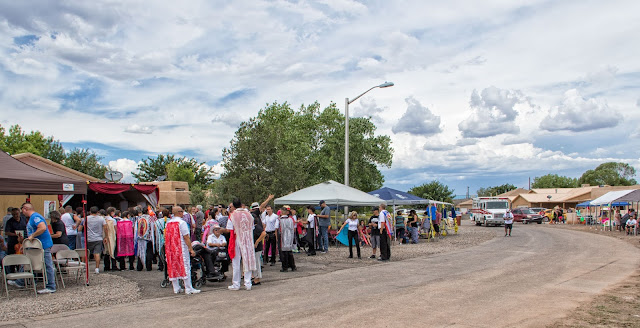 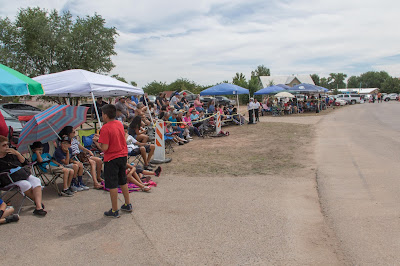 There is a shrine for San Lorenzo set up on the street at the headquarters house . . . 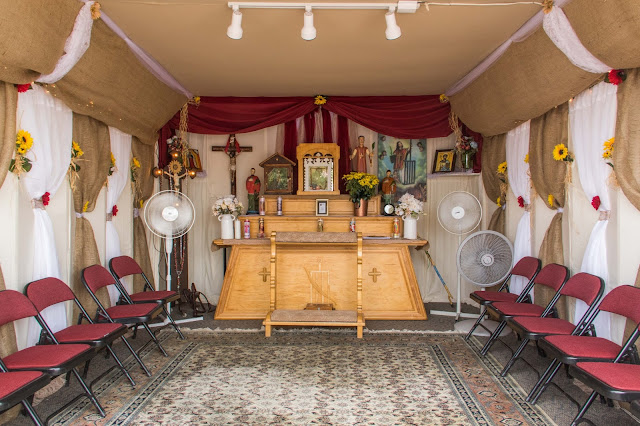 The dancers gather in the back yard . . . 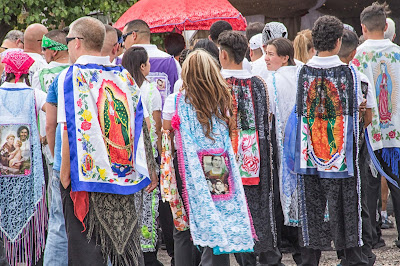 . . . while on the street, under a tent, the violinists and guitarists tune up. 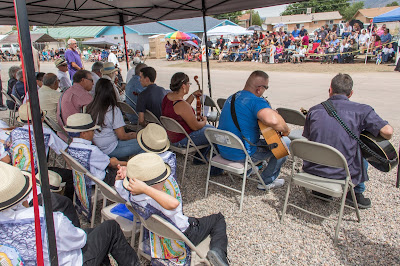 Soon the dancers emerge to take their places in the street, and La Danza begins. 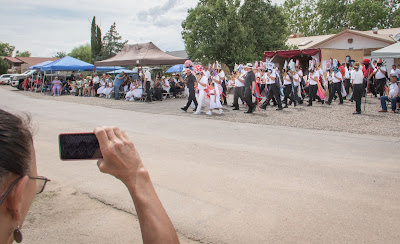 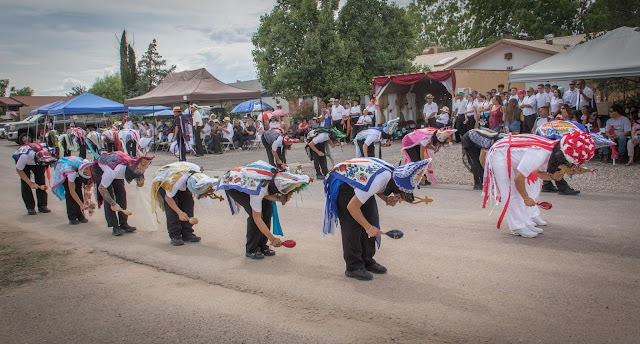 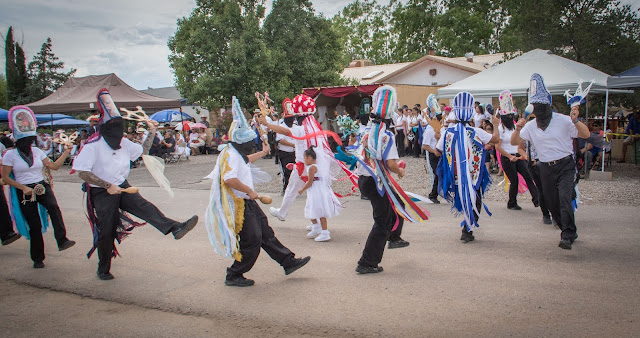 You may notice from some of the images (including the two images immediately below and the image at the very top of this post) that in the Bernalillo version there are two identical sets of dancers and lead characters that perform the steps and actions in mirror image. 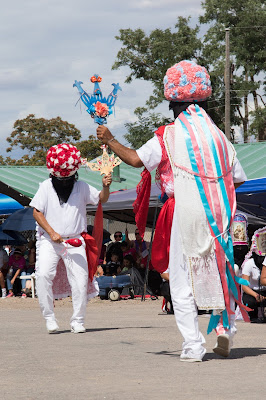 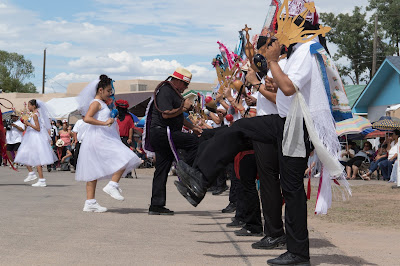 The dancers' roles and position in the dance hierarchy are inherited through many generations of family lines, and until recently women were not allowed to participate.  Times have changed, and the dance -- as it always has -- changes too.

One of the more recent changes to La Danza is the addition of a little girl figure, called "la Malinche." 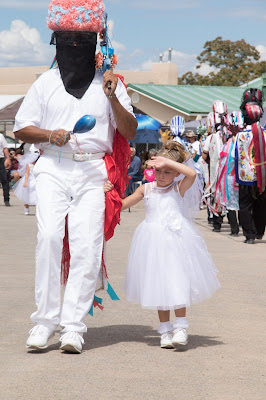 Her name stems from ancient records that say she was the paramour of conquistador Hernán Cortés.  In fact, in Belize the dance is known as the "Dance of  Cortés."

The Bernalillo version of La Danza includes roles for two girls (mirroring each other), but they are drawn from a cadre of young females who alternate throughout the dance (which lasts 45 - 60 minutes with a brief break in the middle). 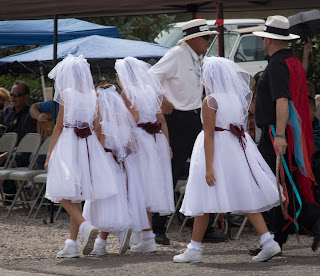 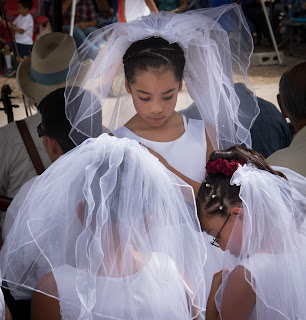 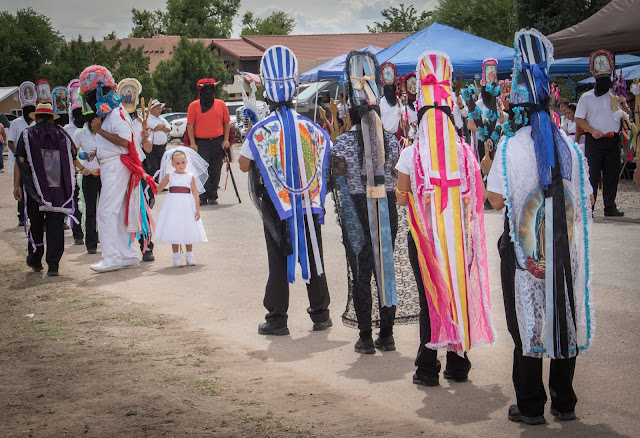 The chief dancer -- the only one dressed in all white -- is called "Monarca."  He carries a rattle and a trident, which in La Danza is called a “palma,” and represents the Trinitarian belief that God is one and three at the same time.  In the indigenous culture it reflects the triune god Quetazlcoatl of Mexico, who is lord of the air, land, and water. 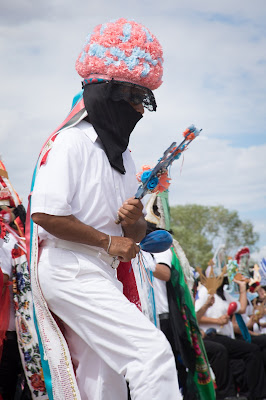 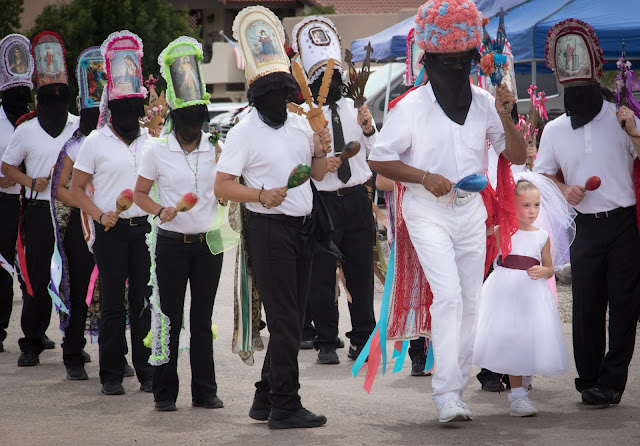 Another character in the dance is the bull (el Toro), wearing a red shirt and cape.  He circles the dancers constantly, attempting to break up the party, and has to be driven off periodically by protectors with whips. 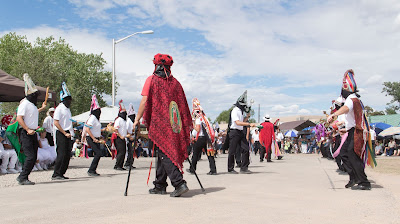 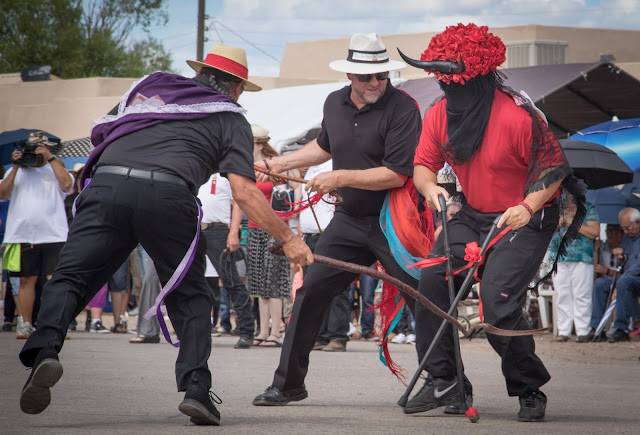 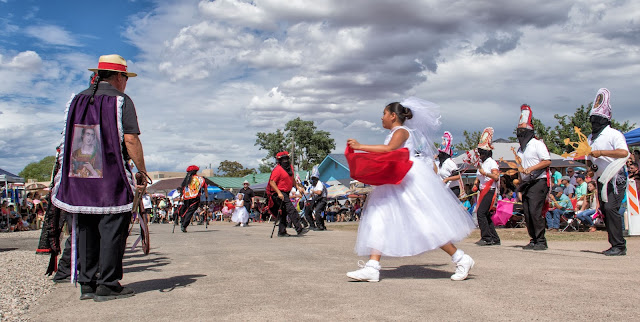 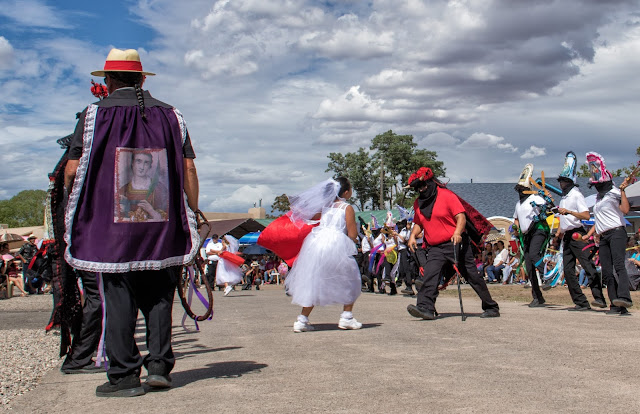 and el Toro is vanquished and castrated.  (Sorry, didn't get photos of that!)

If you would like to see these images and others in a larger format, please visit my photography website, Todos Juntos Photography, by clicking here.