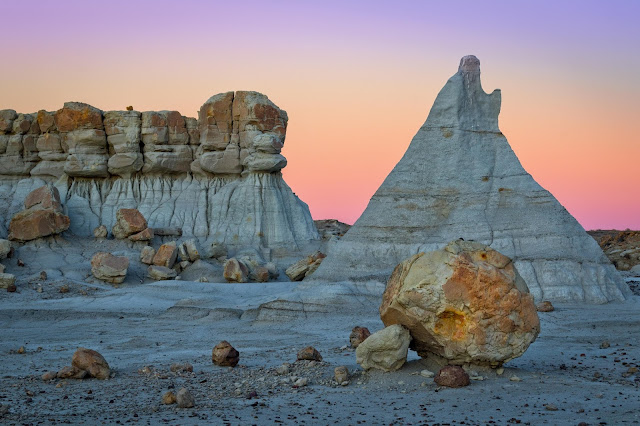 Valley of Dreams is a separate area of amazing landscape features within the broader Ah-Shi-Sle-Pah wilderness area.  I have visited it twice before, and it seemed like a good destination for another Covid Respite trip, so at the end of October I headed out there with another of my photo buddies, Bruce Shah.

(You can see my earlier blog post about Valley of Dreams by clicking here.)

When we arrived in the area mid-afternoon, we had some beautiful streaky clouds -- always a plus for New Mexico landscape photography . . . 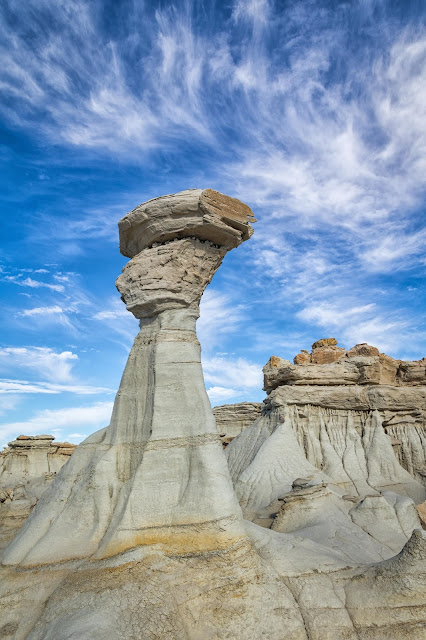 . . . but by the time we hiked in a mile from our car to the main area of hoodoos and spires, the clouds had all evaporated (sigh): 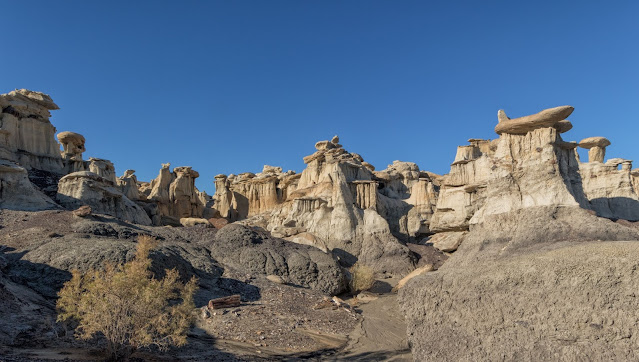 To give you a sense of the topography and scale, here's a satellite view of the area from Google Maps.  Of course, it's hard to tell what you're looking at from this altitude, so I've added some notes: 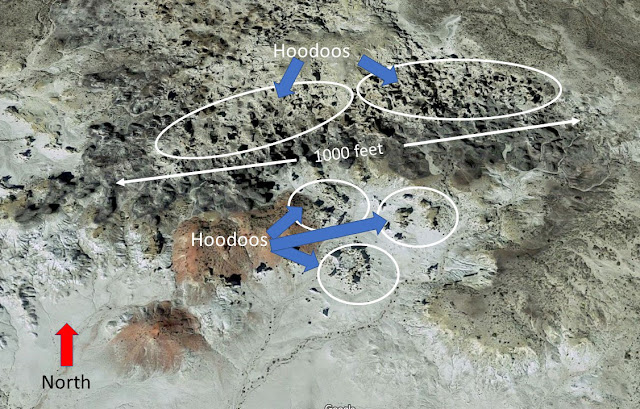 Hoodoos are mudstone pillars topped with harder sandstone caps, and they come in all sizes: 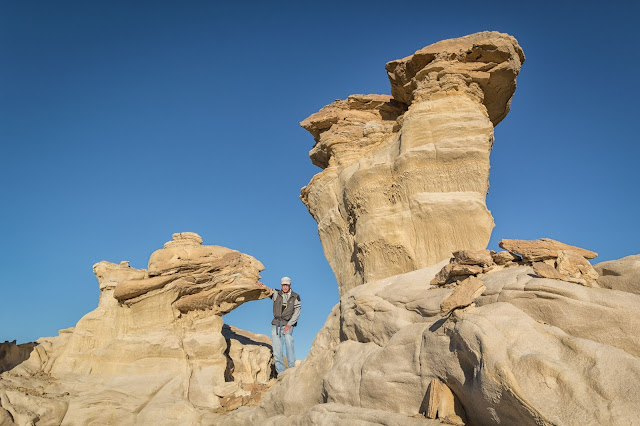 The hoodoos in the southern side of the area are primarily walls of mudstone capped with giant blocks of sandstone, many of which (as you see in the image below) lie strewn about after the mudstone supporting them has eroded away: 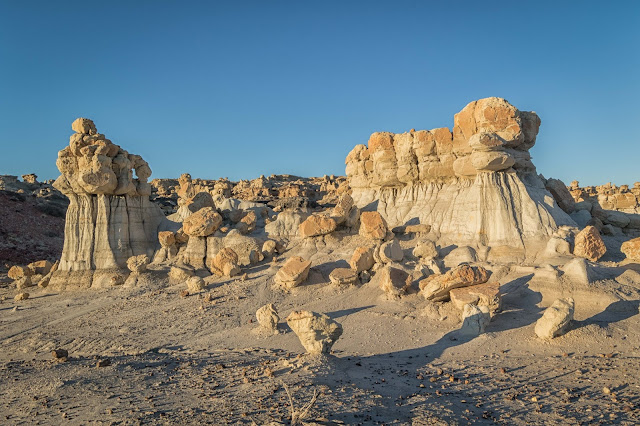 But the northern side of the area is a riot of free-standing hoodoos sprouting from a complex base layer that has eroded into thousands of nooks and crannies: 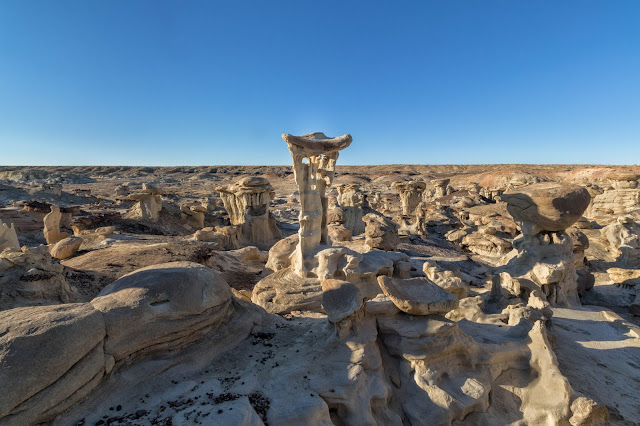 That tall hoodoo in the center of the image above actually has a name:  Alien Throne.  In a world of strange shapes, it's one of the most strange. 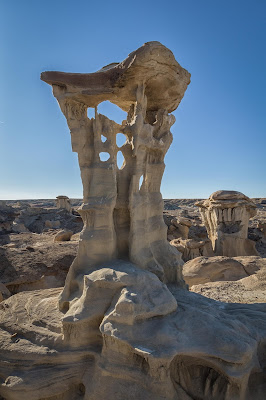 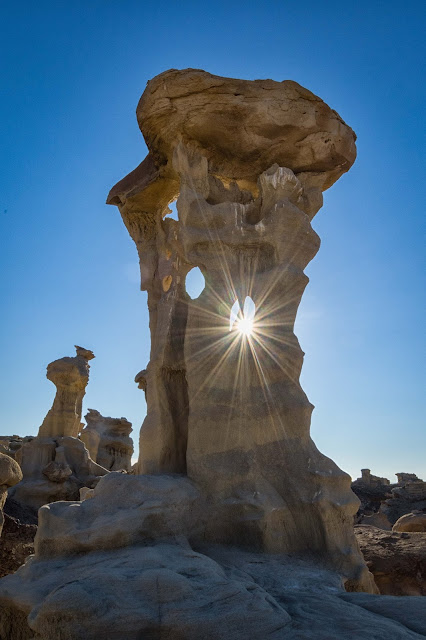 There are plenty of other strange-looking hoodoos out there: 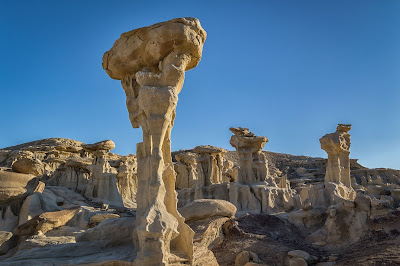 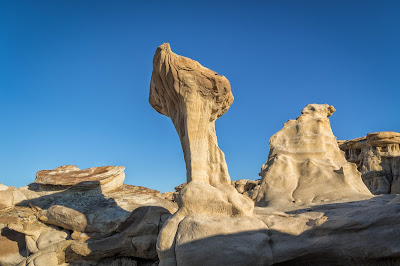 It's extremely rare to see anyone else in the same area, but as we wandered around, we noticed another person in the hoodoo forest.  He was a photographer from Minneapolis on a months-long solo trip to the Southwest, so we chatted for a while and I took his picture: 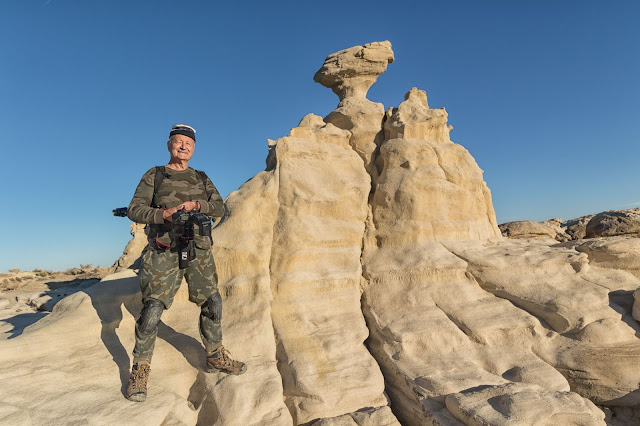 Besides the large features like hoodoos, there are many beautiful small features as well, such as watercourses with flow patterns (it had rained a few days earlier) . . . 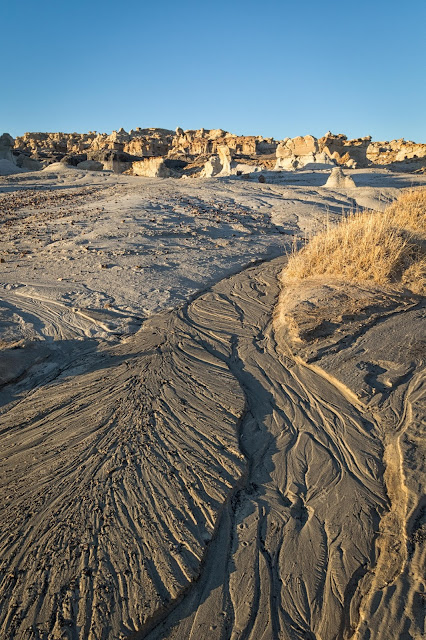 miniature hoodoos emerging from the ground . . . 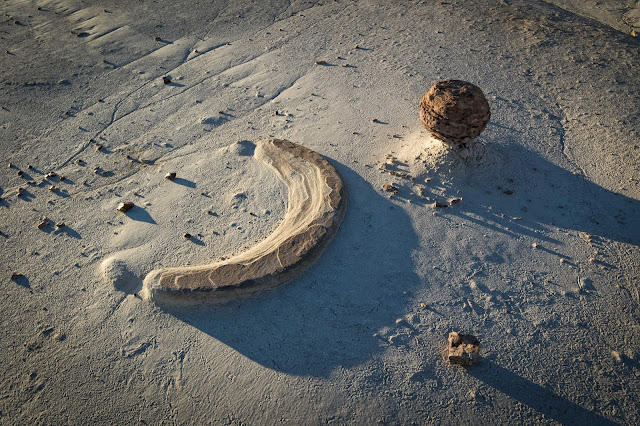 . . . and millions of pebbles everywhere. 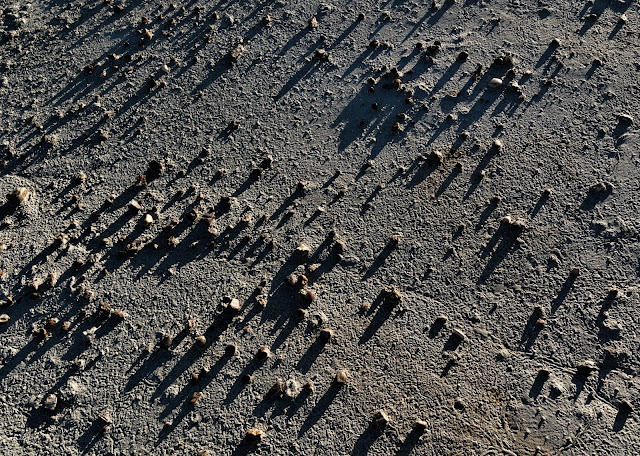 One feature on the south side of Valley of Dreams caught my eye:  a triangular mudstone feature and a round rock about 60 feet apart.  For all I know, the rock might have been the caprock for the mudstone feature that fell off and rolled away. 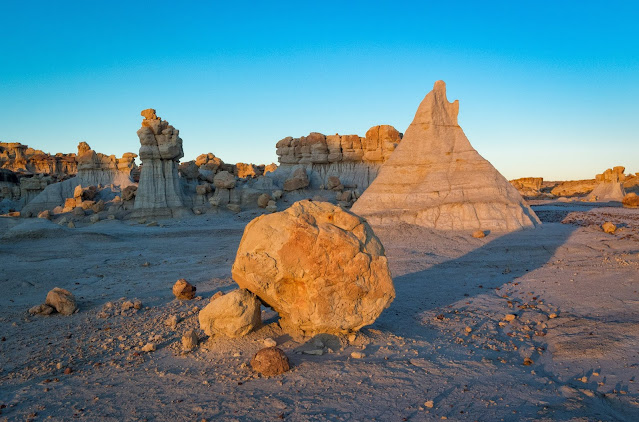 Here's where they are in the satellite view: 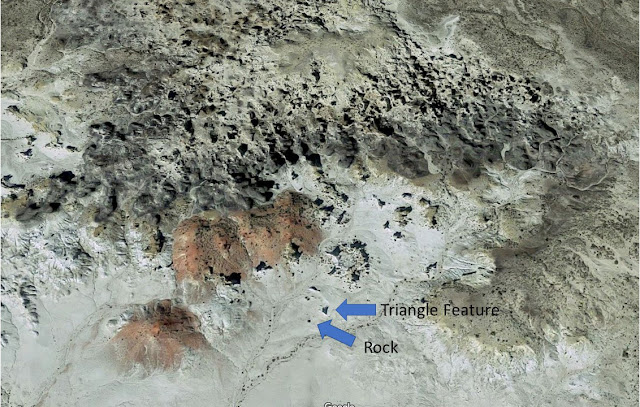 As the sun was setting in the southwest (ah, so that's where all the clouds went) . . . 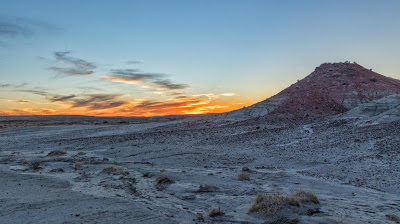 I decided the triangle feature would make a good subject for a "blue hour" image.  (See previous post for more on "blue hour".)  So when the direct sunlight ended, I went to work, "walking around the teacup" to find the best composition.

I got some nice anticrepuscular rays, which are actually shadows projected on the sky from the clouds in the southwest (behind my camera position): 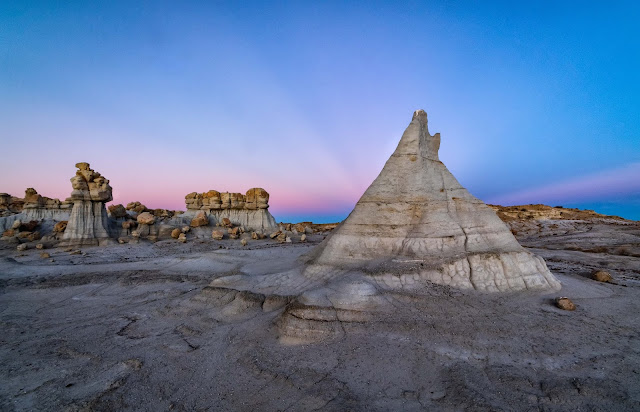 But as the light faded away, I found an angle I liked better for capturing the color and peacefulness of the "blue hour": 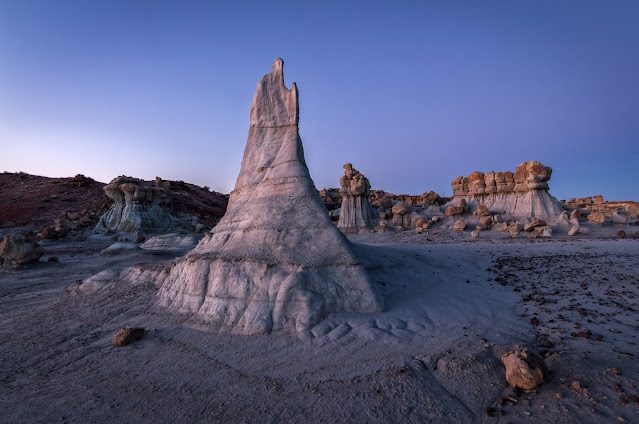