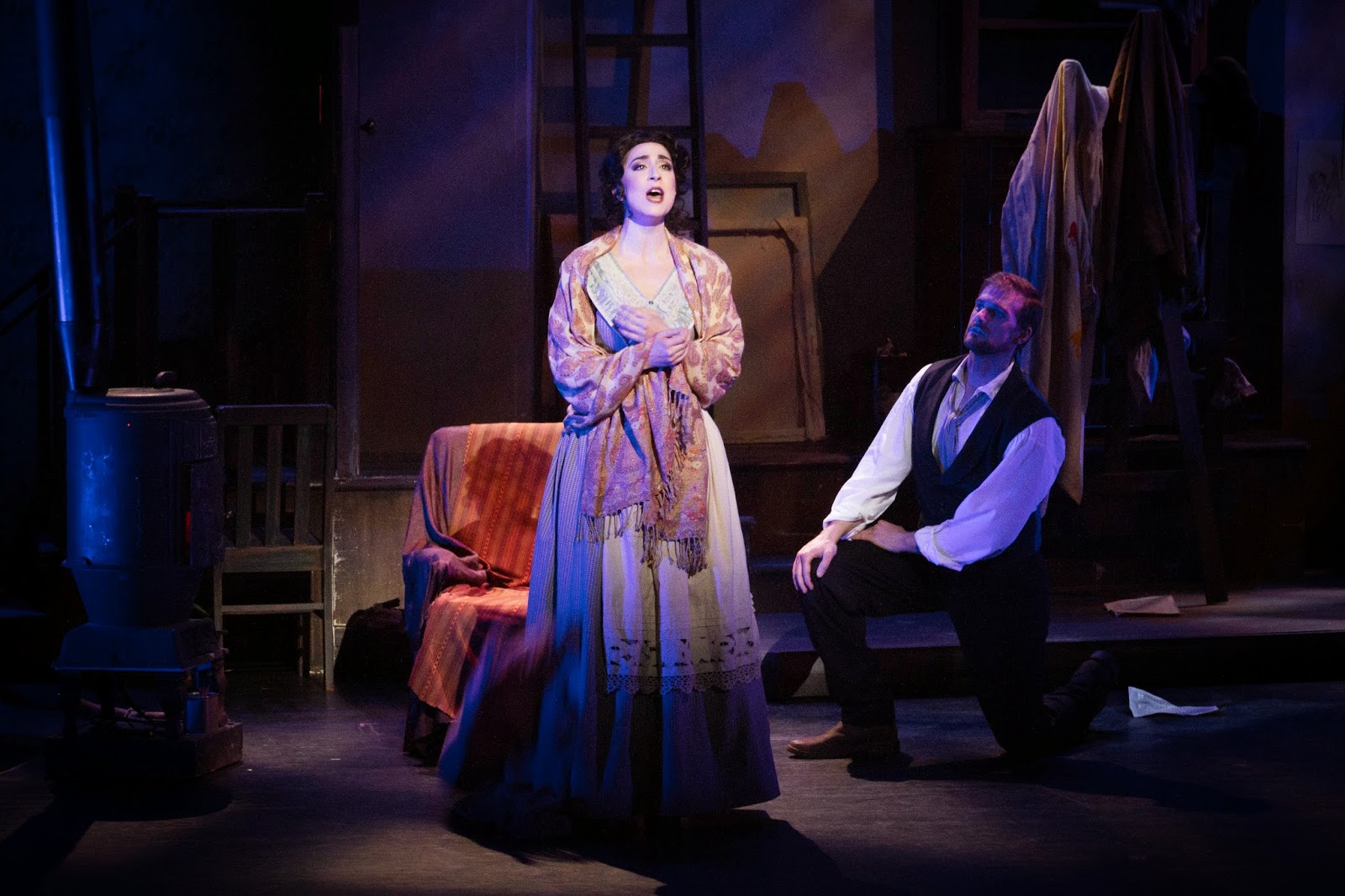 For its spring season offering this year, Opera Southwest (Albuquerque's regional opera company) presented Puccini's La boheme, which premiered in 1896 and is now one of the most frequently performed operas worldwide.  It was also the inspiration for the Broadway musical, Rent, which premiered in 1996.  A few weeks ago I had the opportunity to photograph the final dress rehearsal performance, and, as usual, had a great time!

The opera, of course, is a tragic love story about a starving writer, Rodolfo, who falls in love with a poor seamstress called Mimi, la boheme, who has tuberculosis (called "consumption" in those days).  You can read a nice article and synopsis of the story at NPR Music by clicking here. 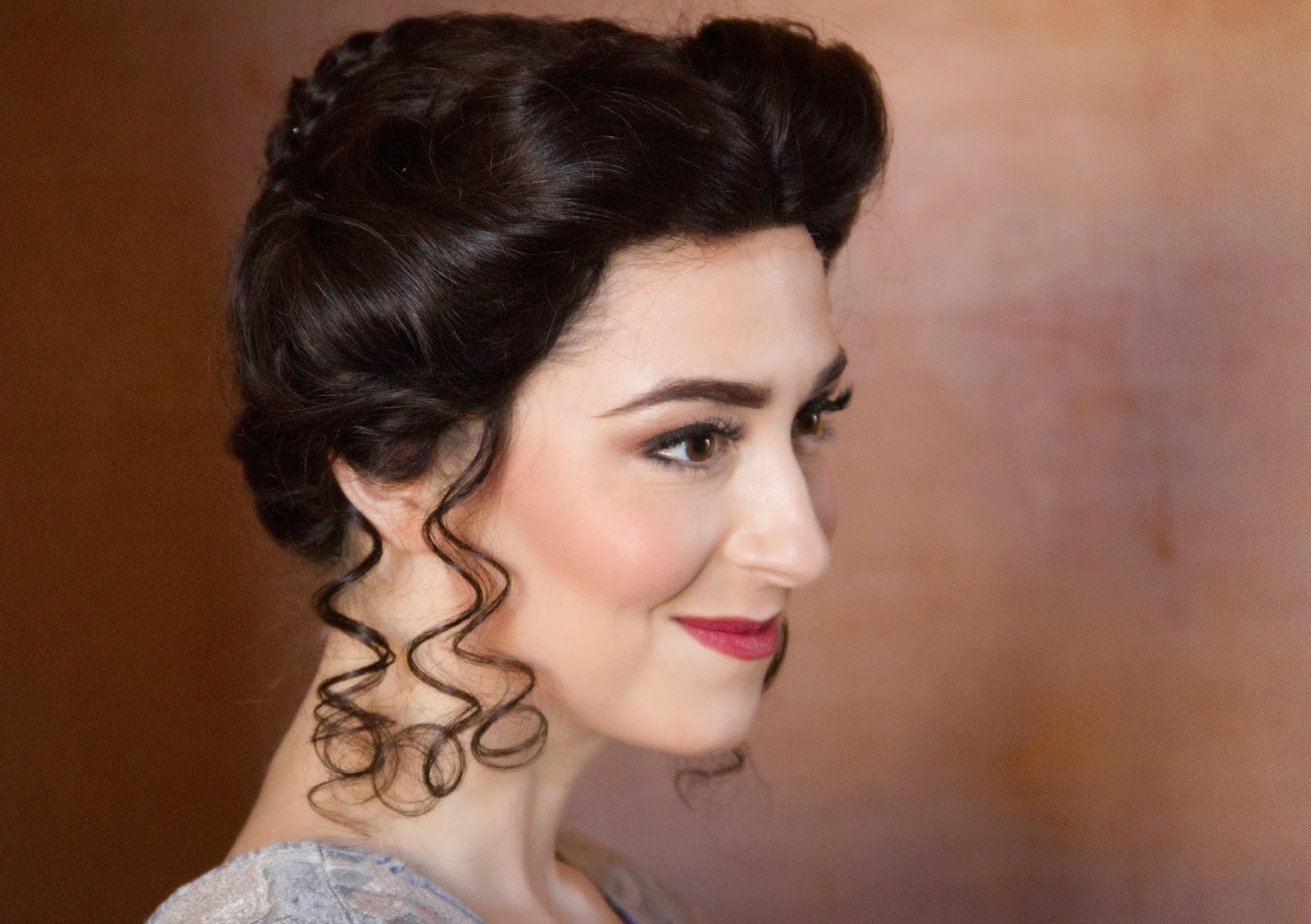 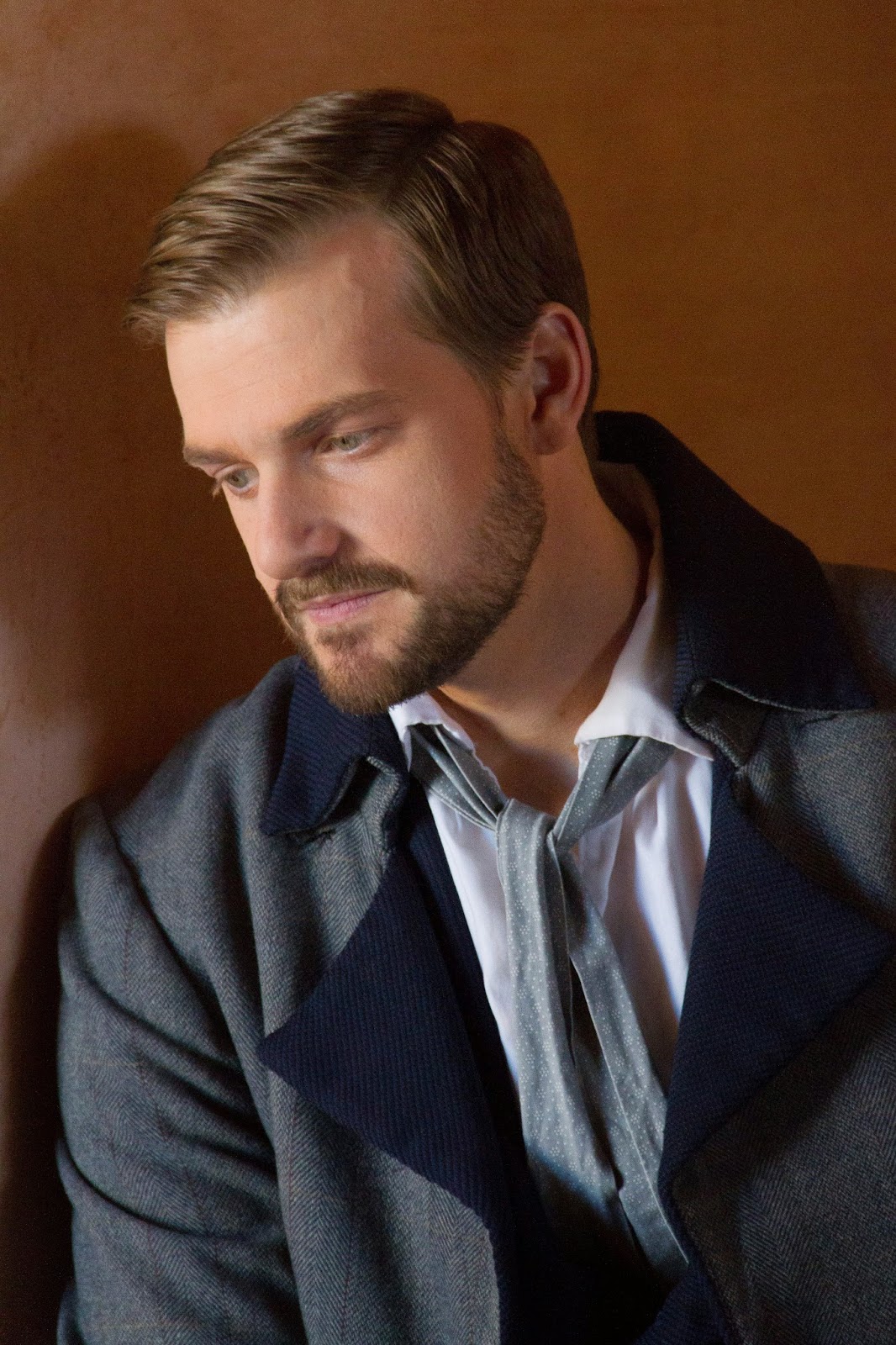 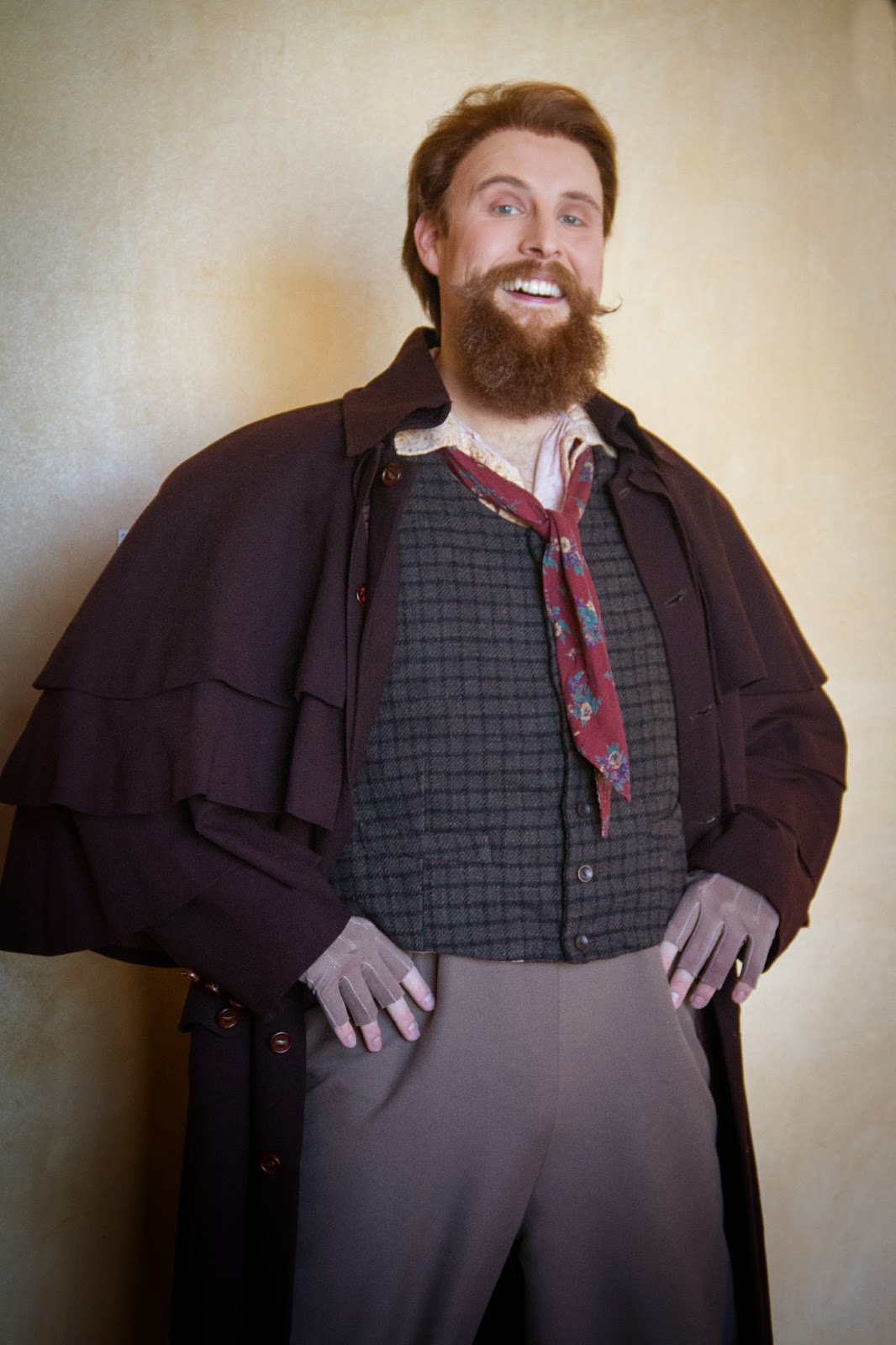 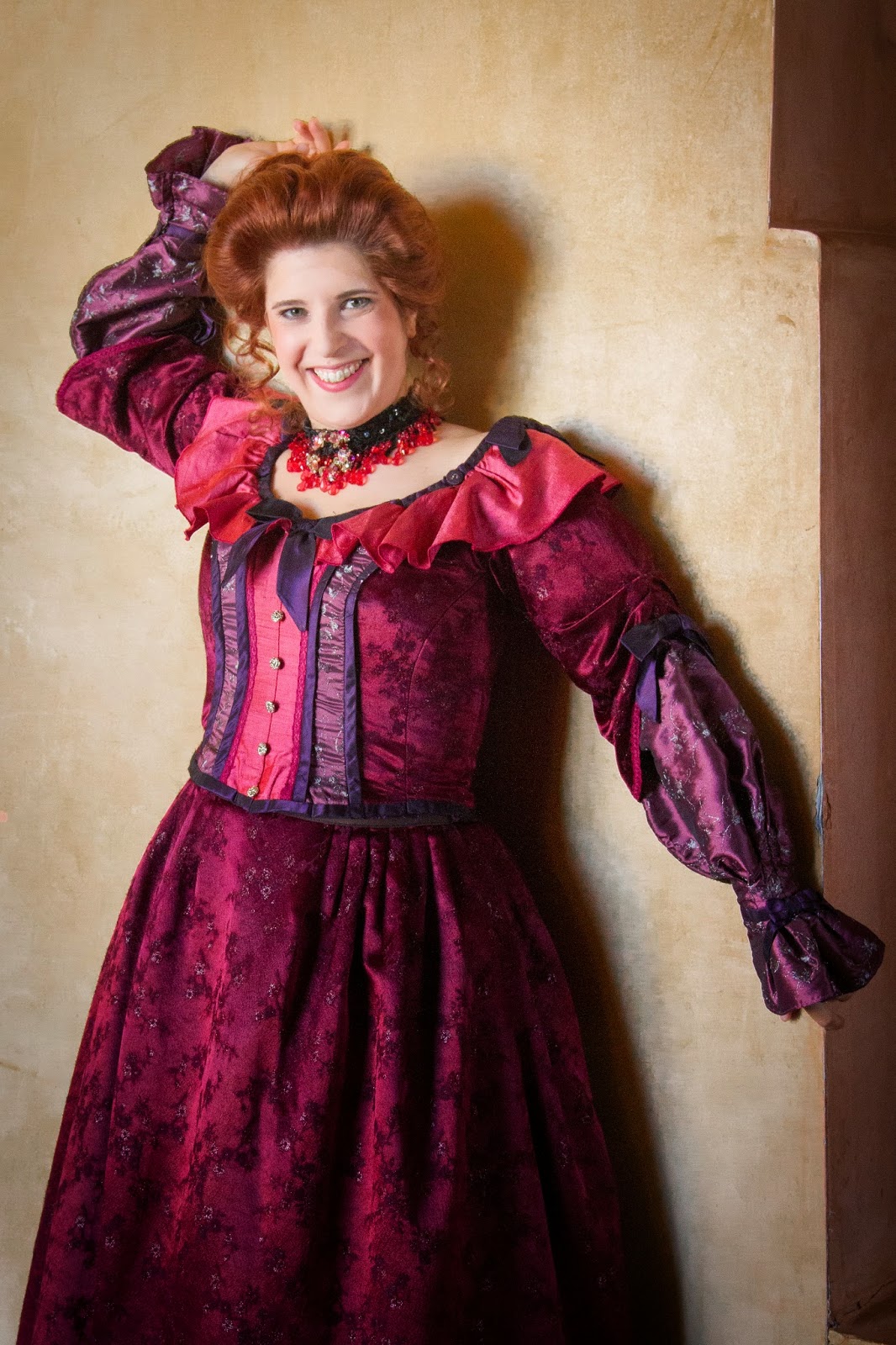 (You know it's a new era in opera when the principal singers' names are Emily and Josh -- born and named in the 80s!)

The opera is filled with high spirits . . . 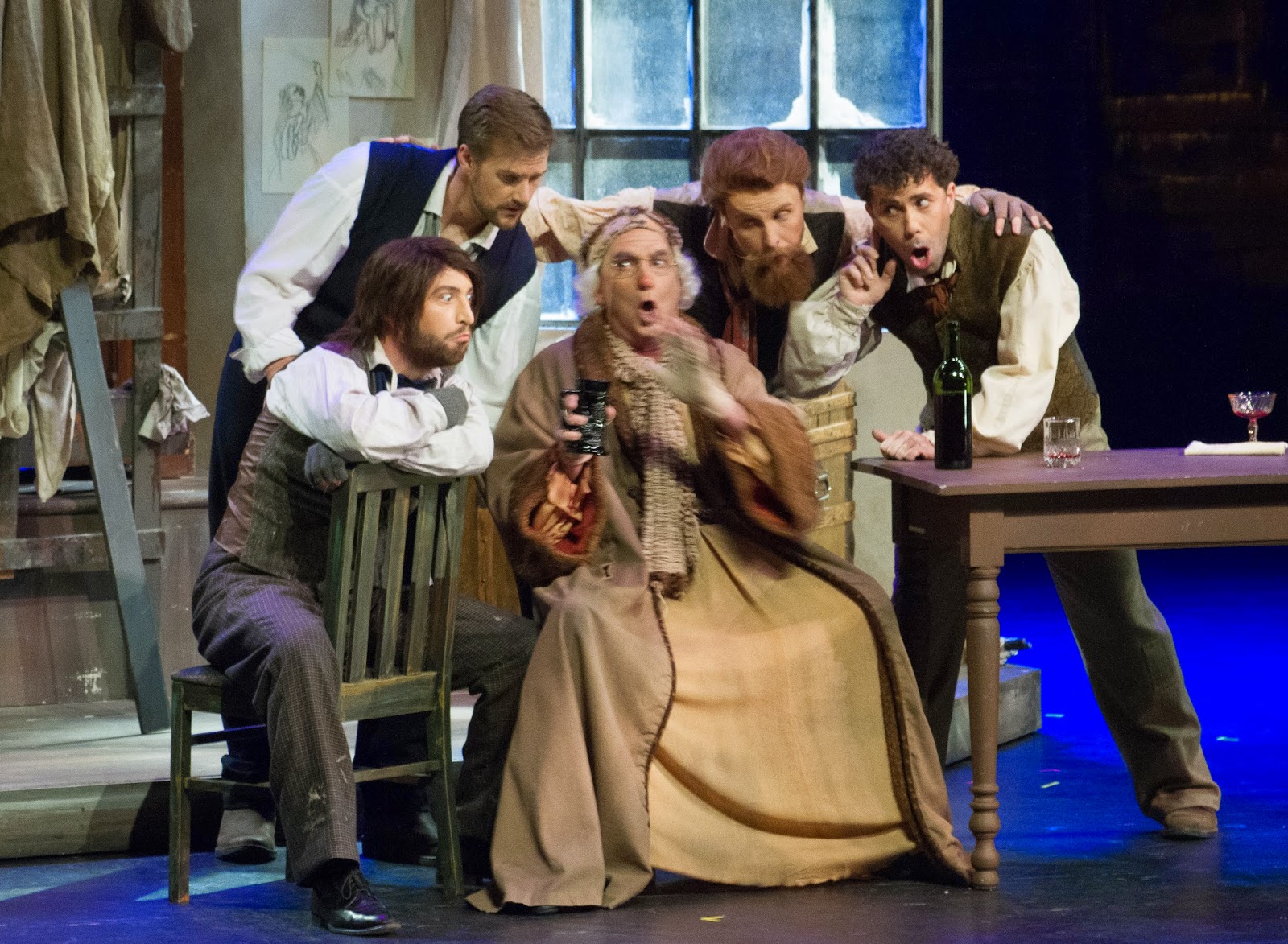 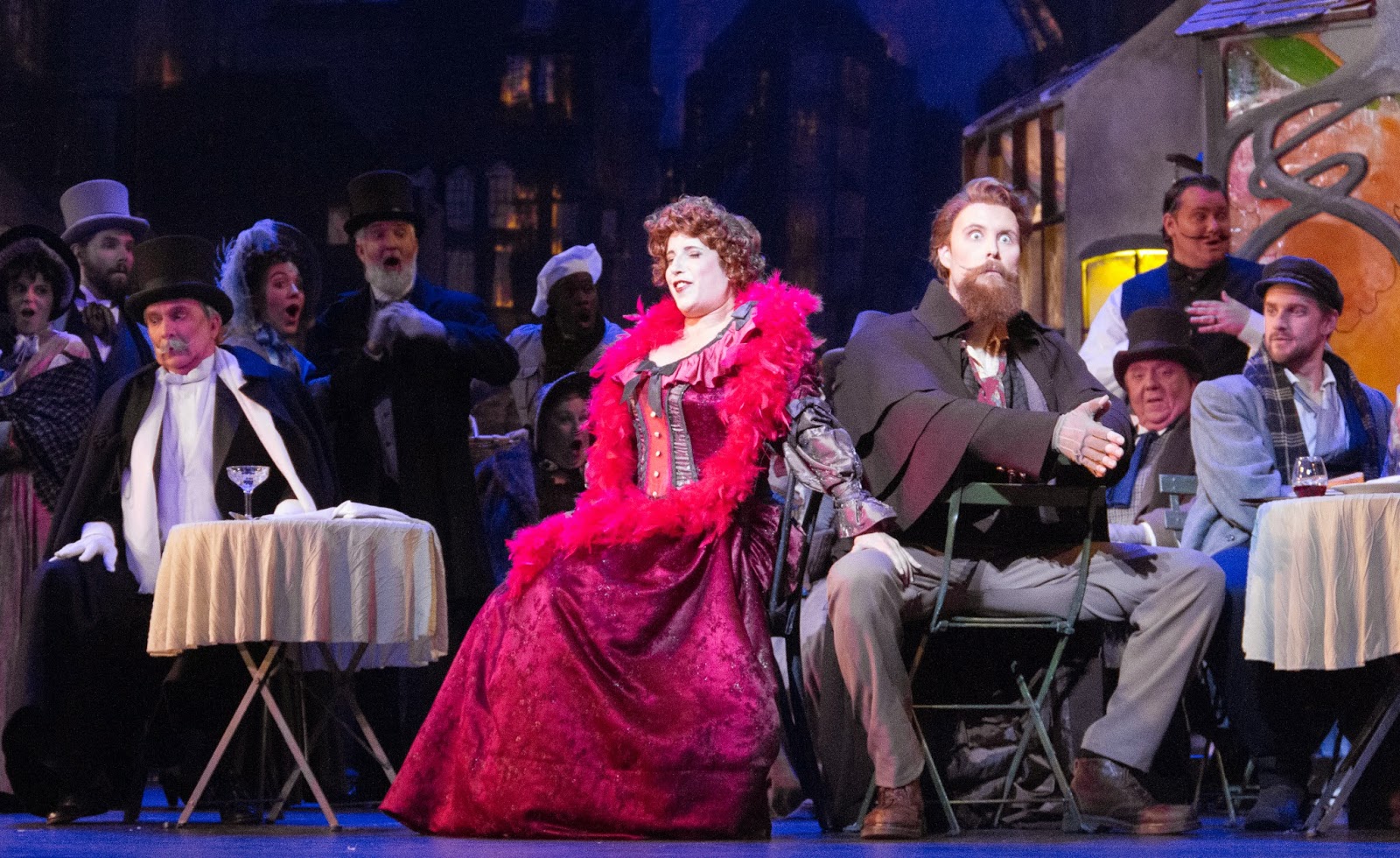 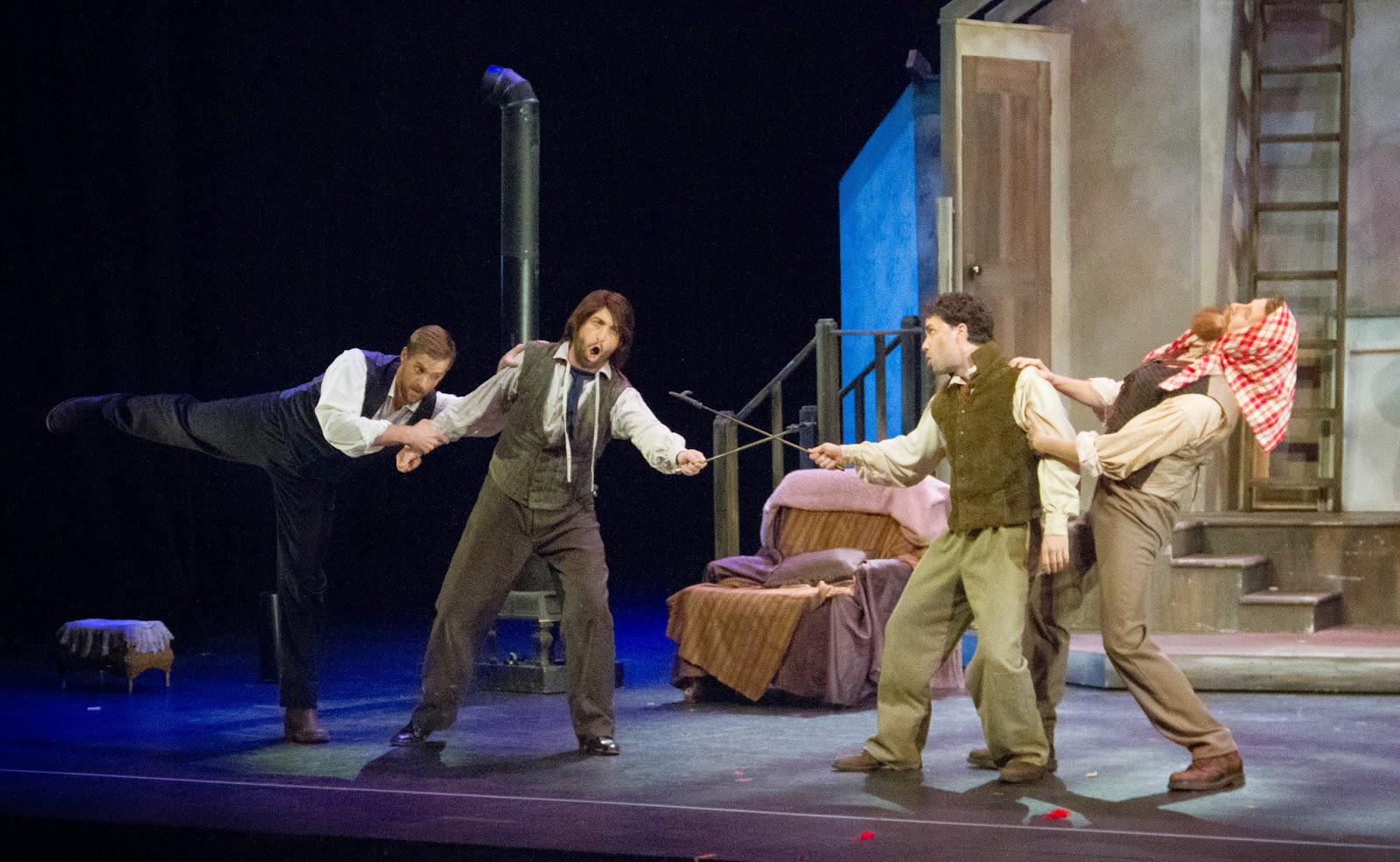 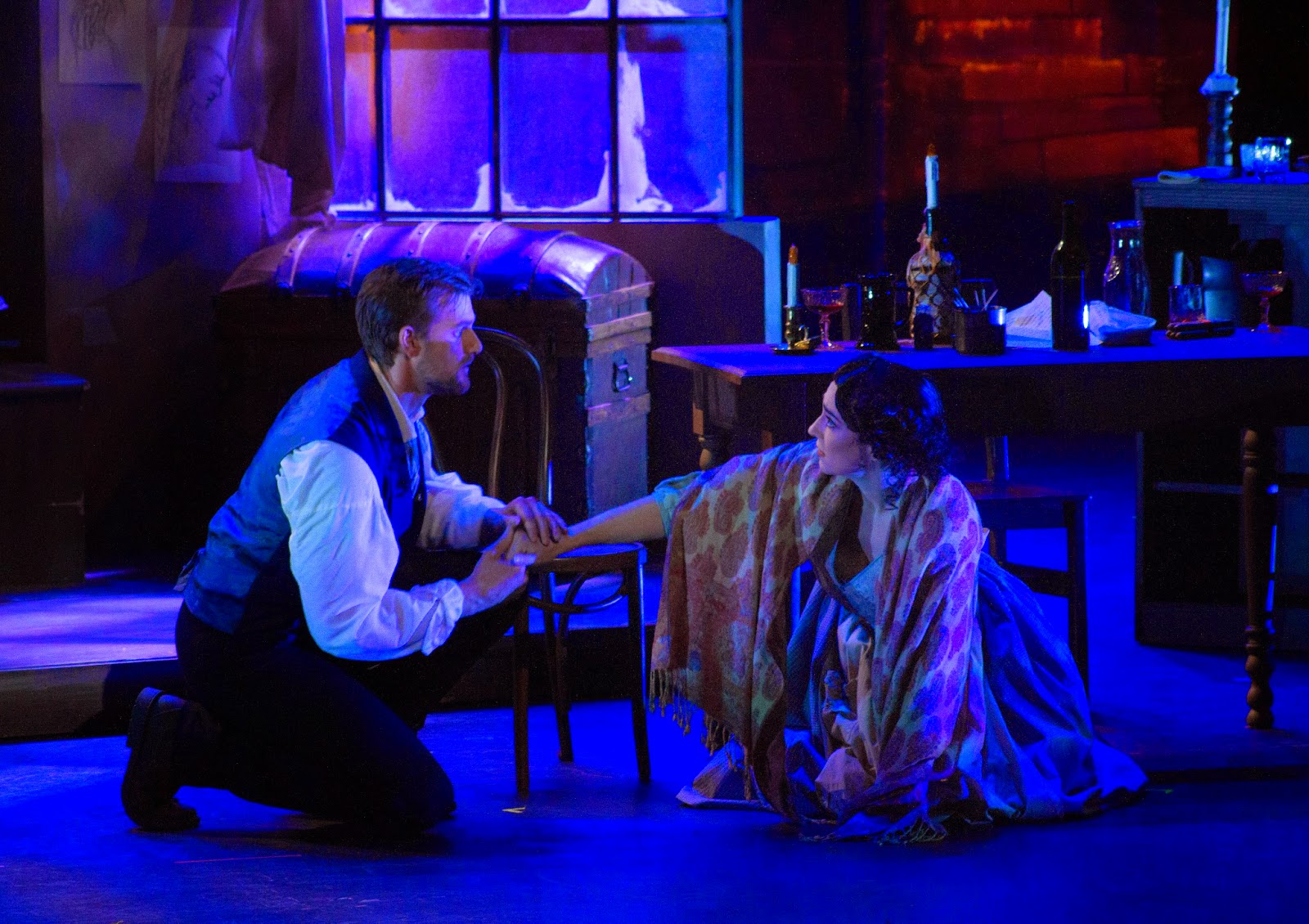 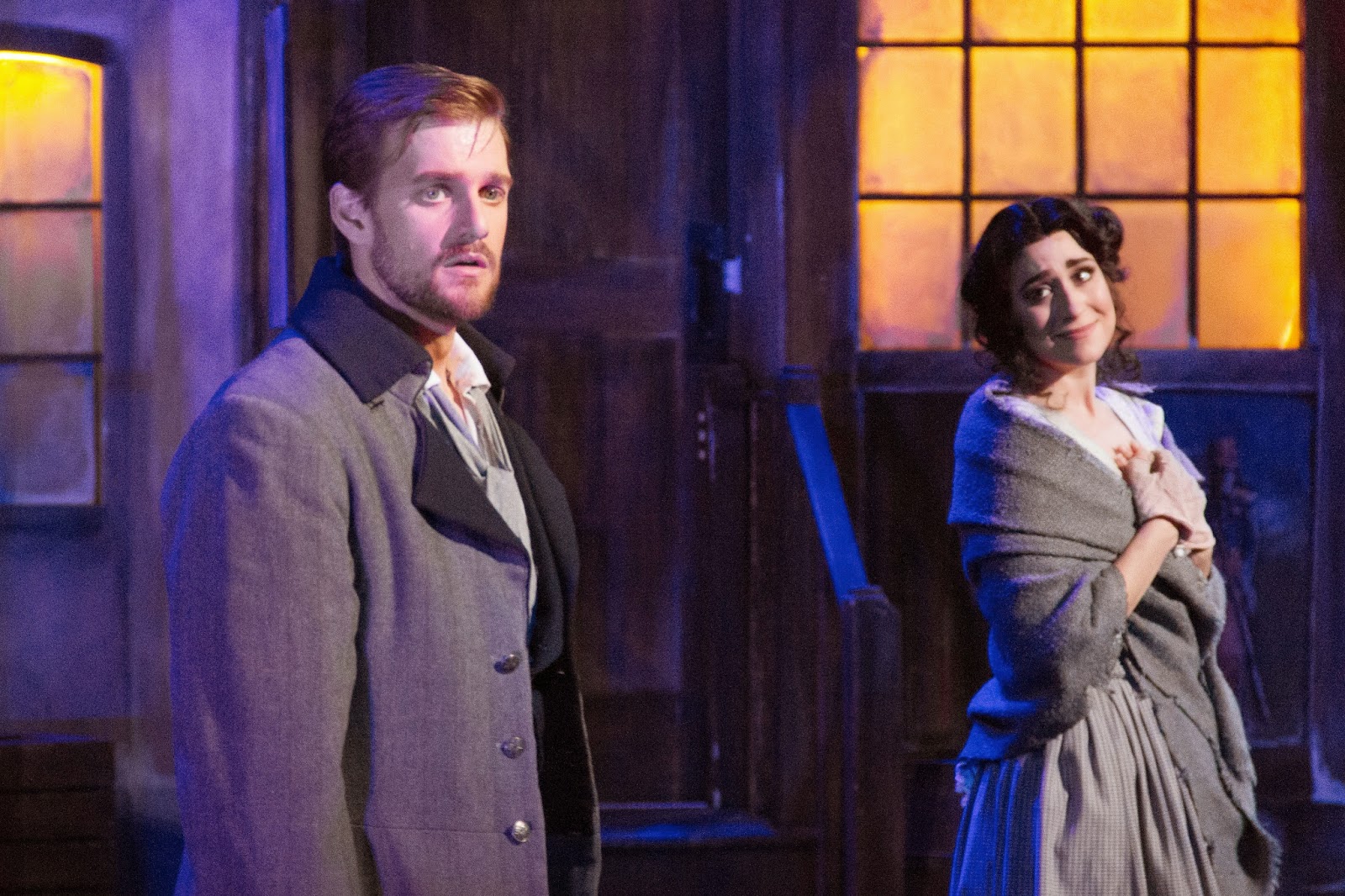 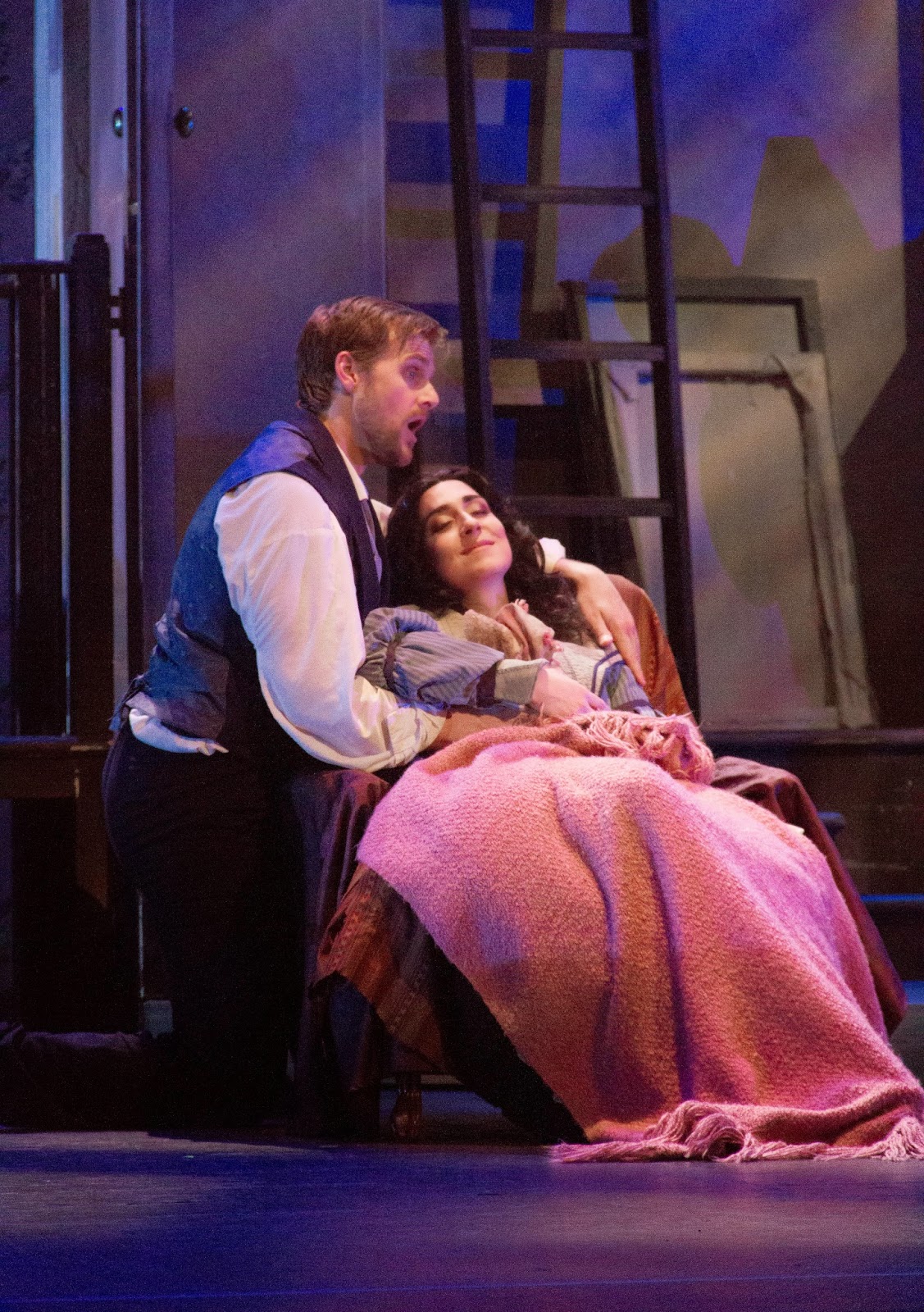 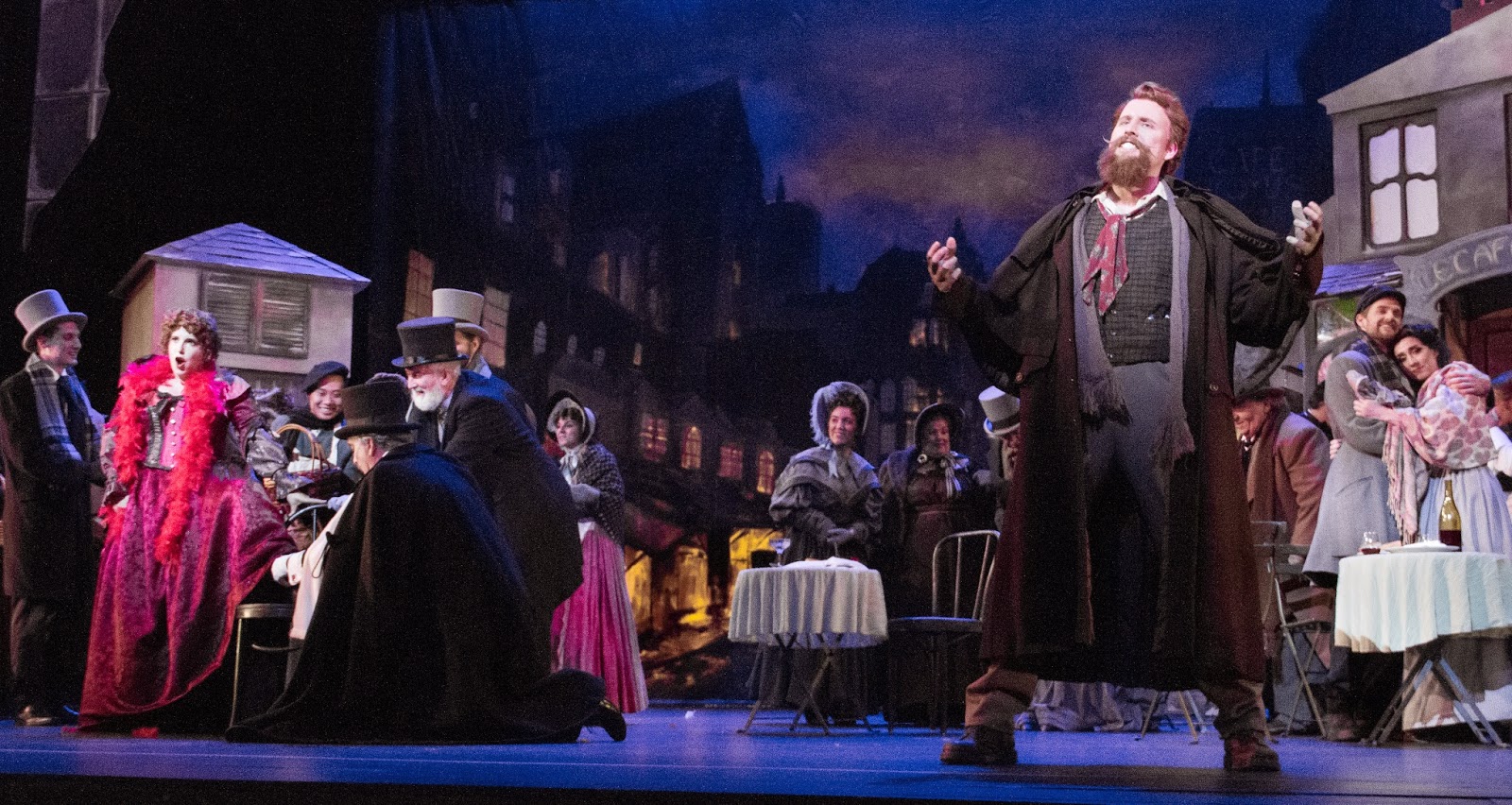 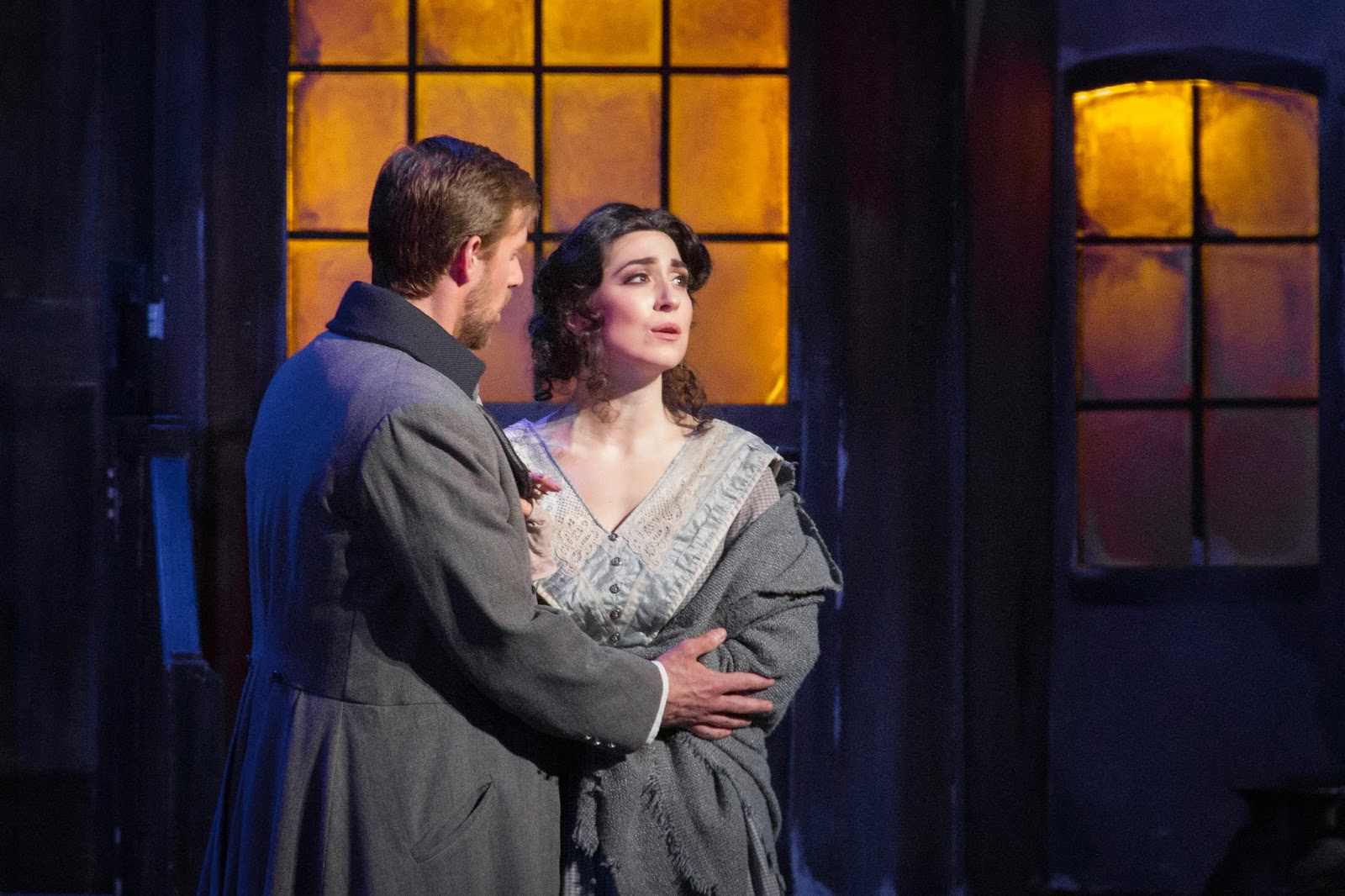 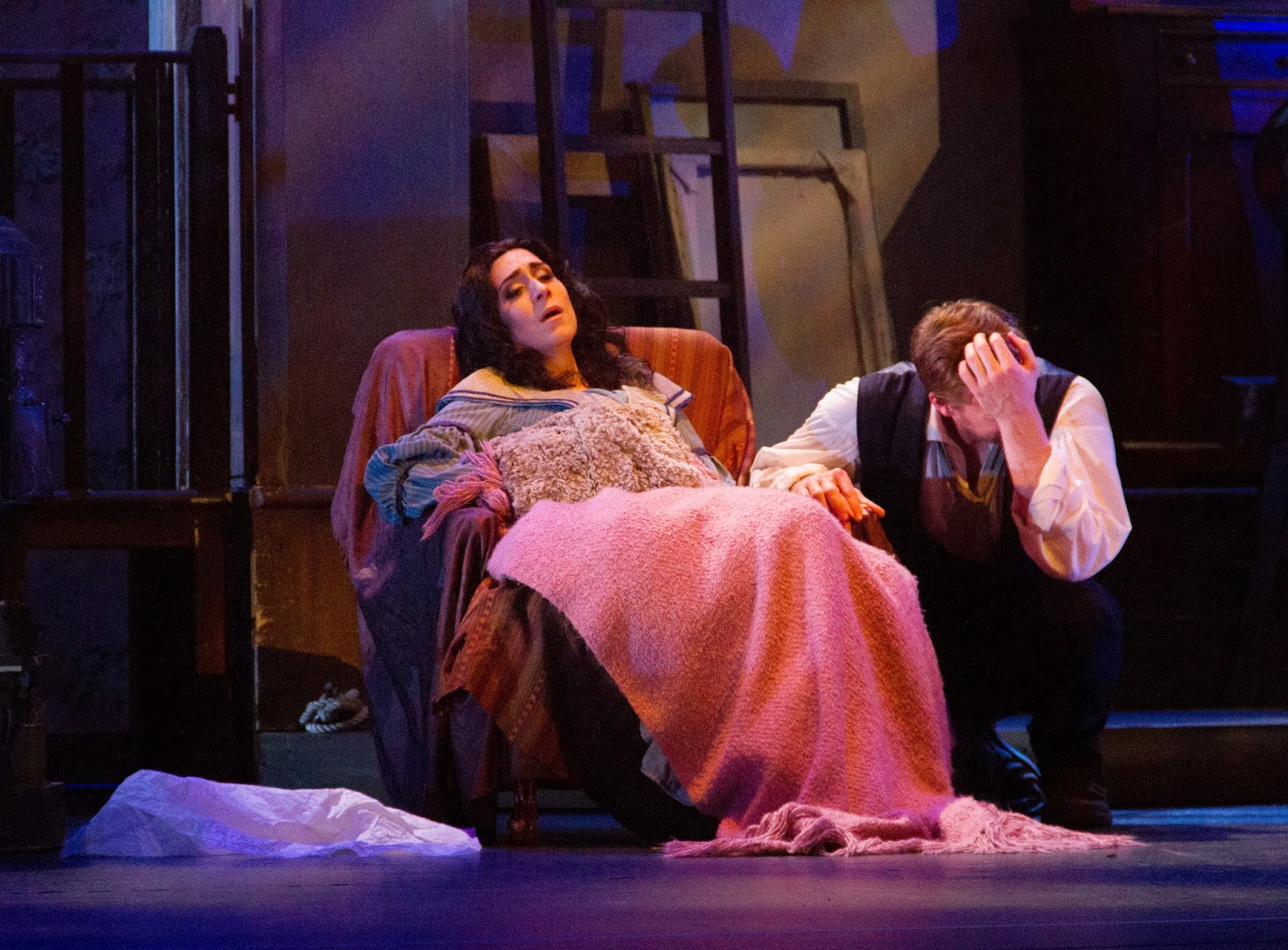 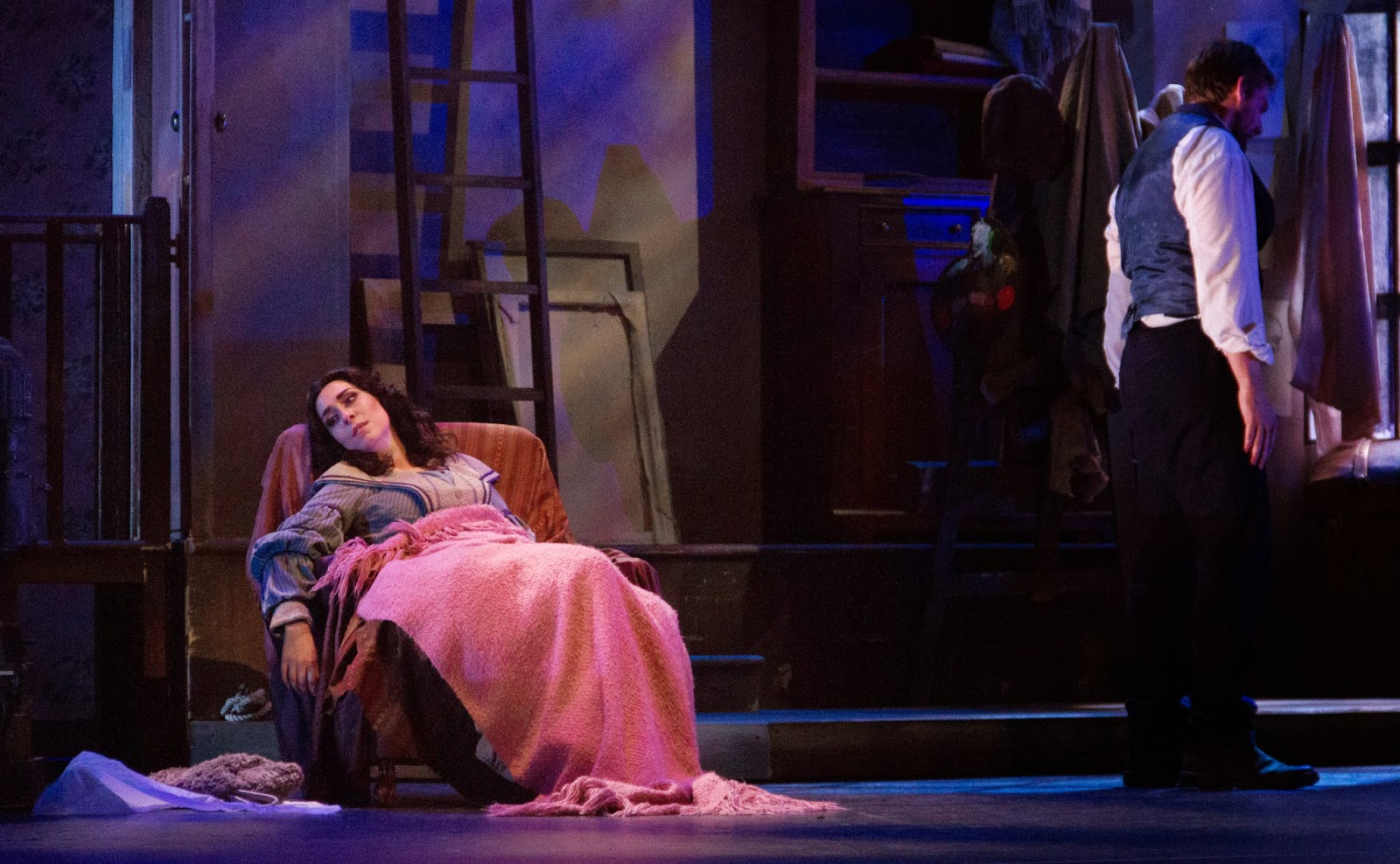 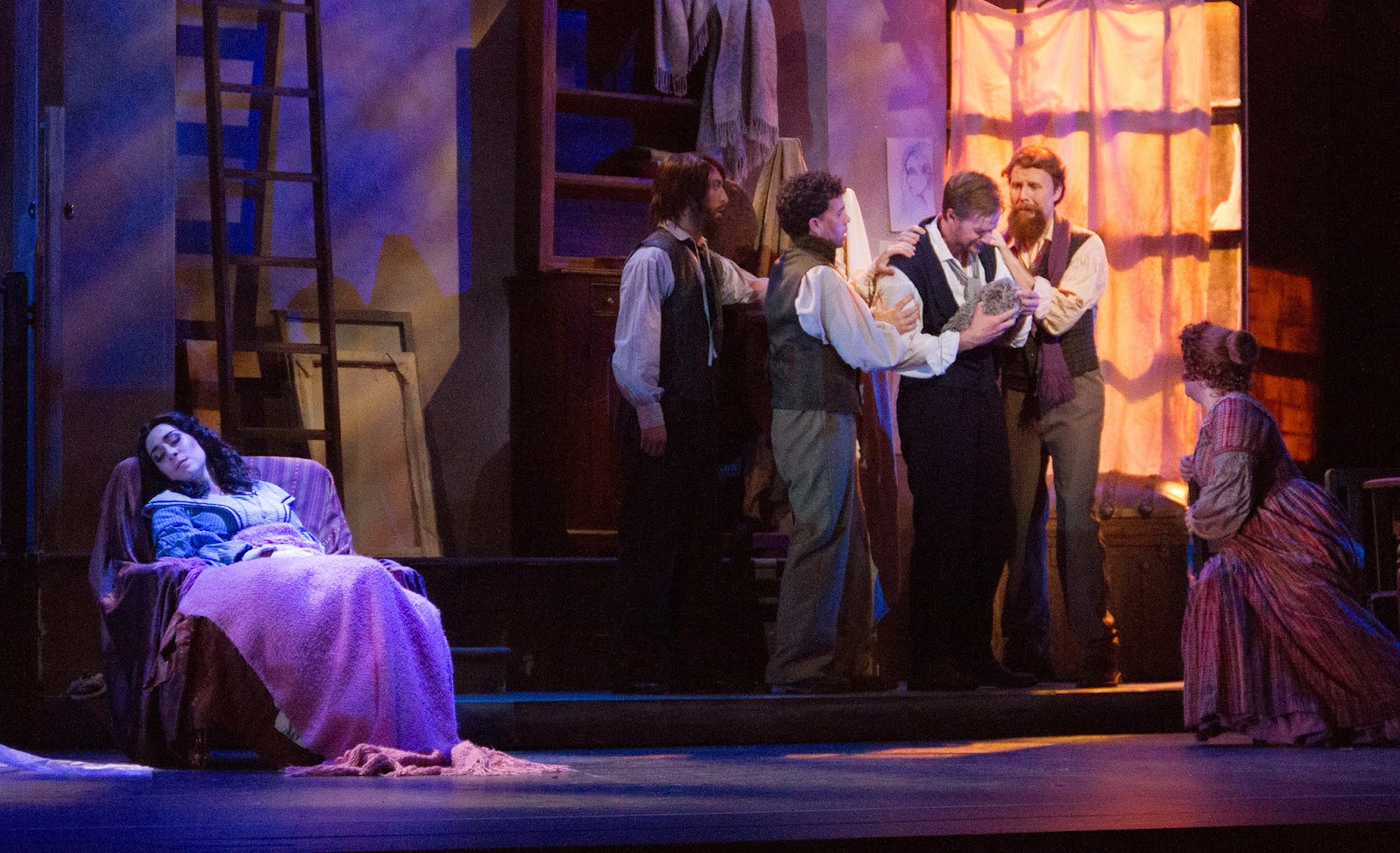 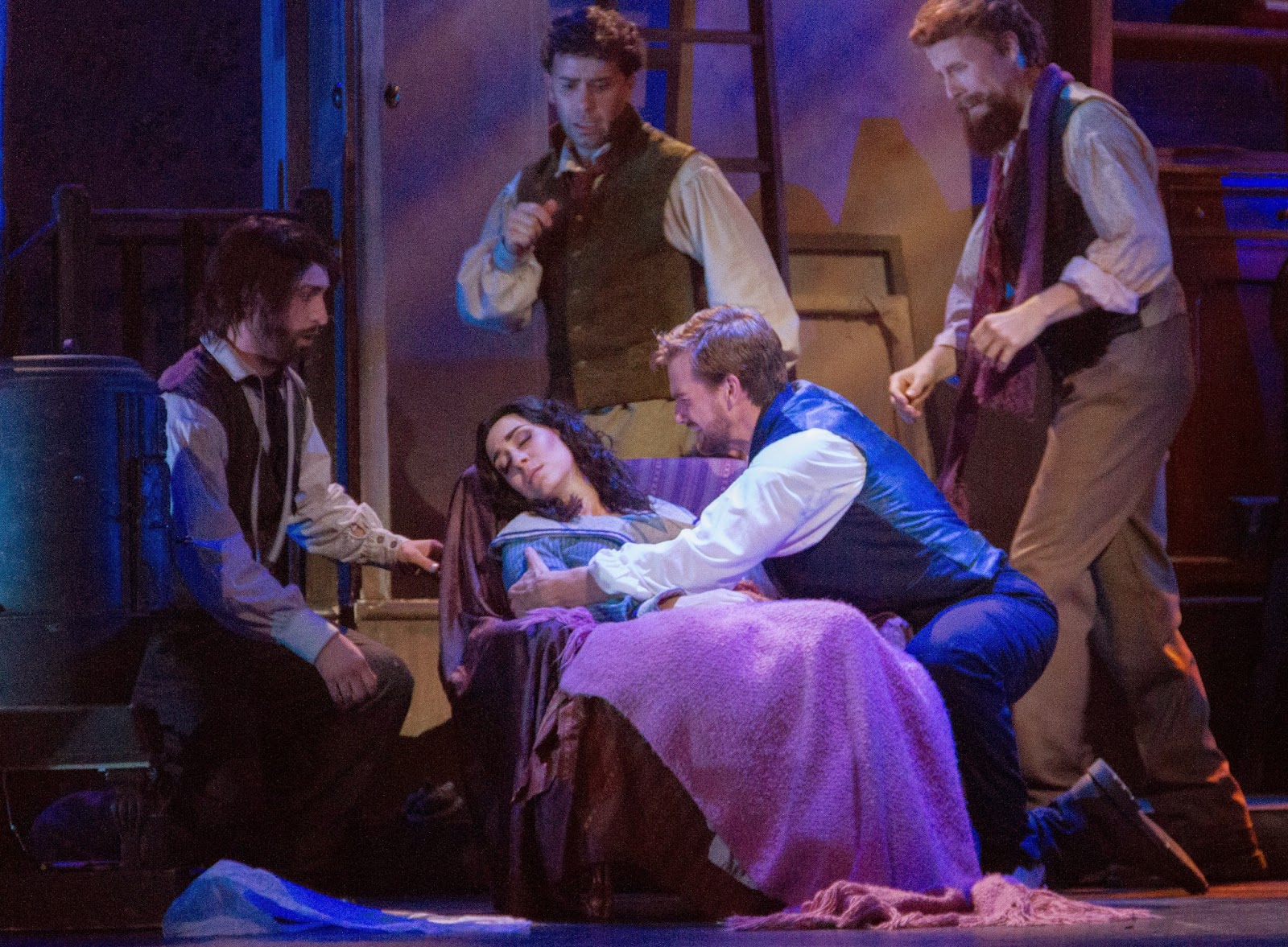 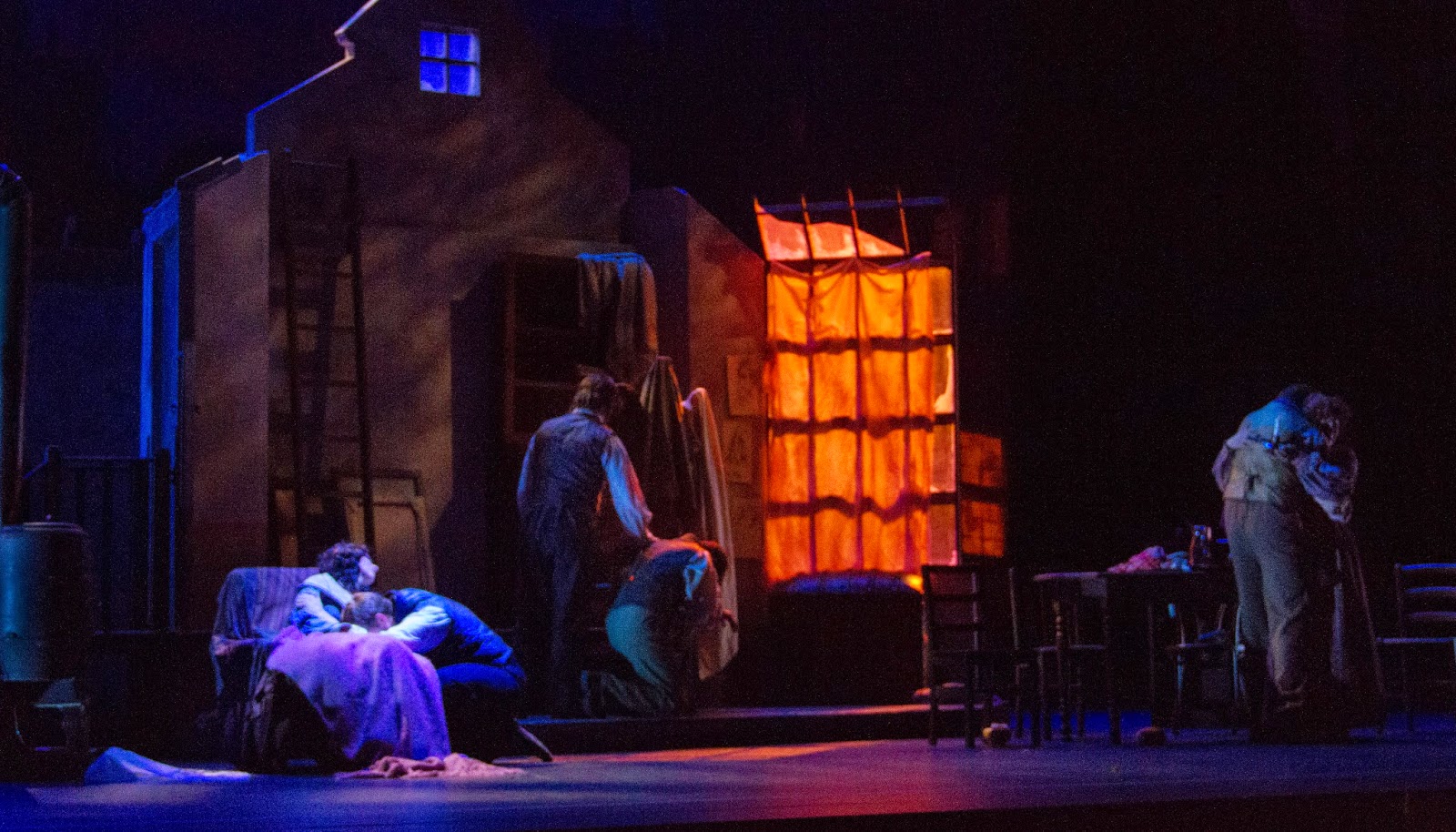 Brava and bravo to all the singers, musicians, conductor, and stage director! 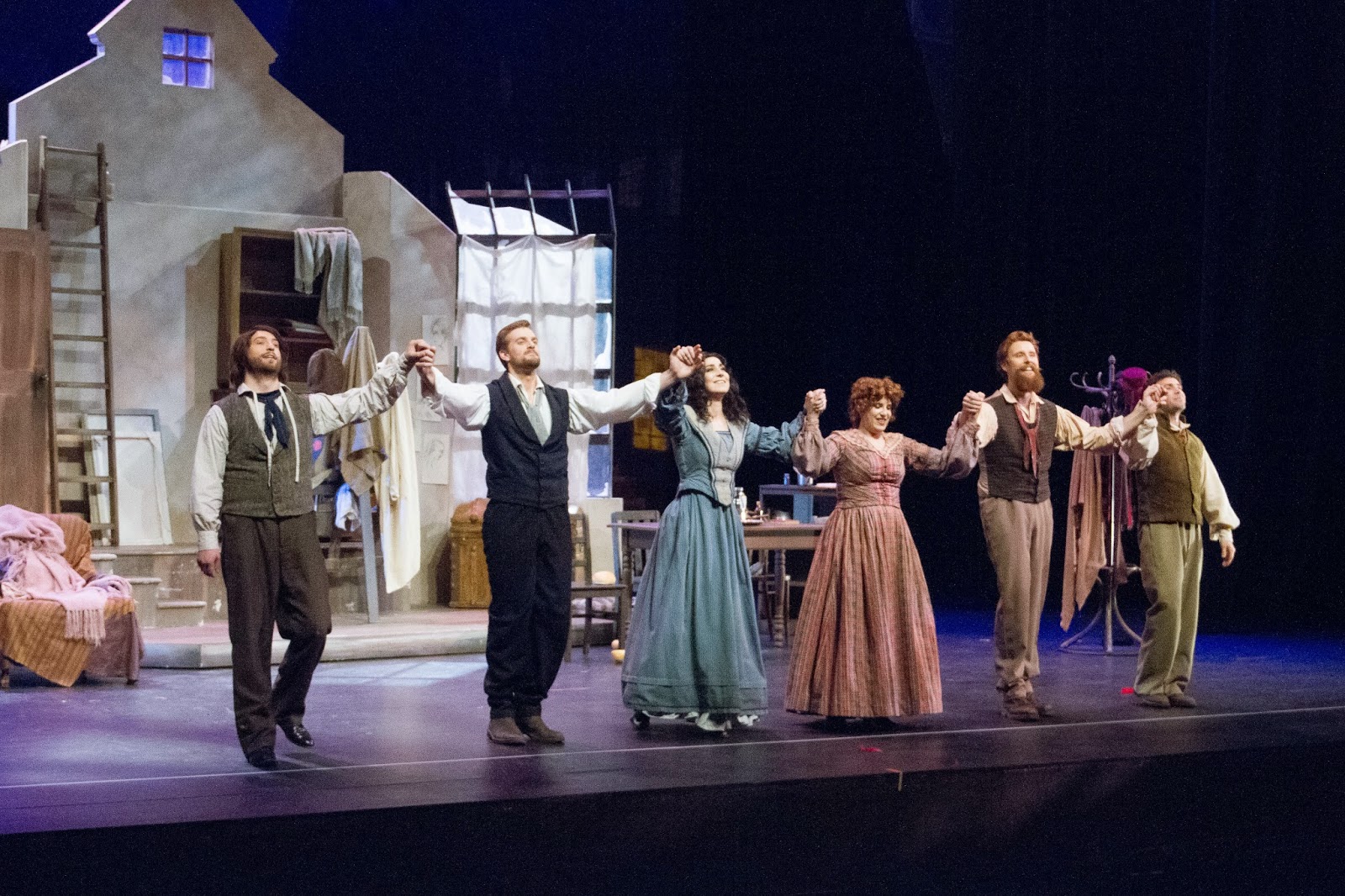 To see these images (and more) in a larger format, visit my website, Todos Juntos Photography, by clicking here. 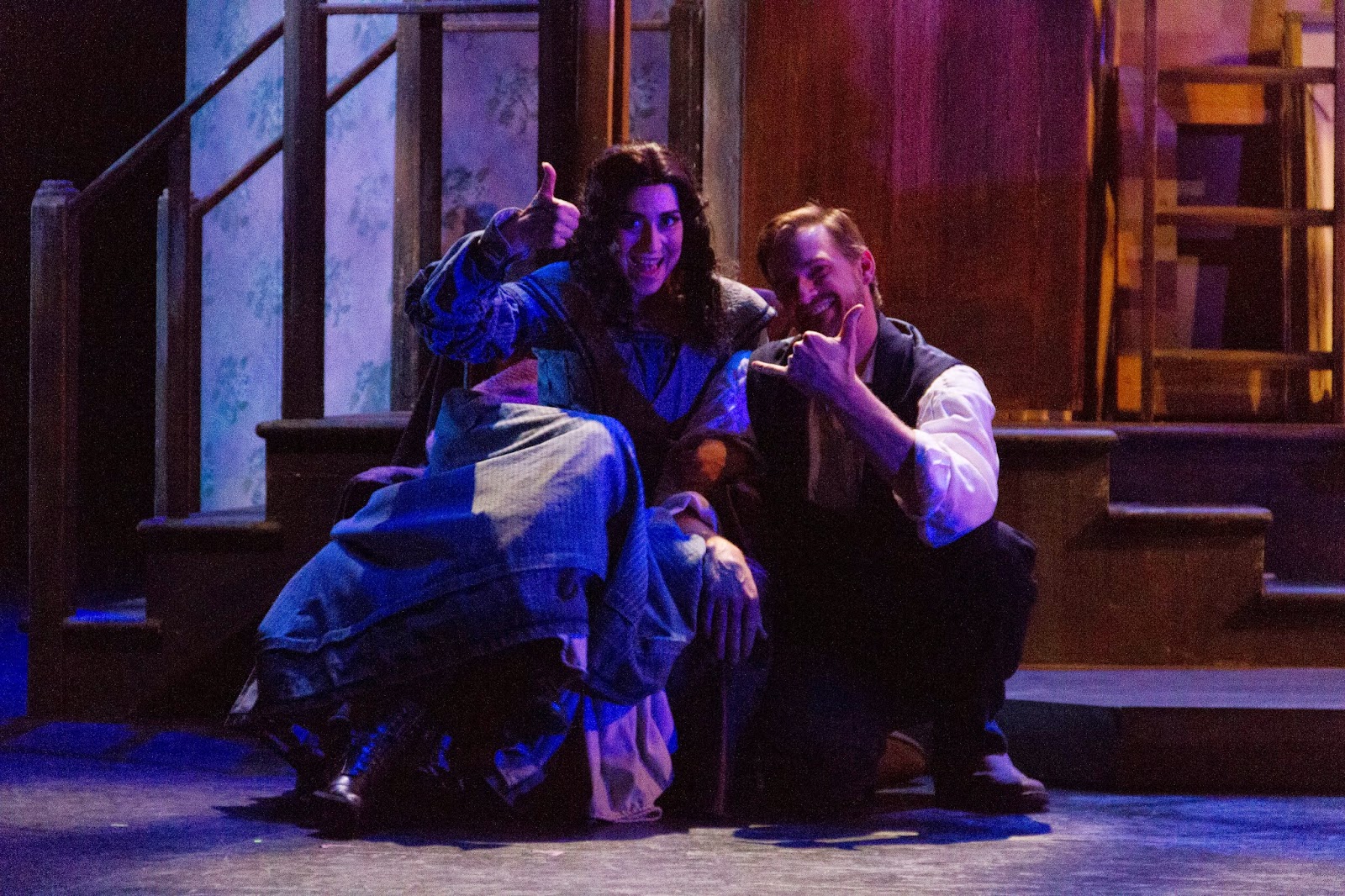