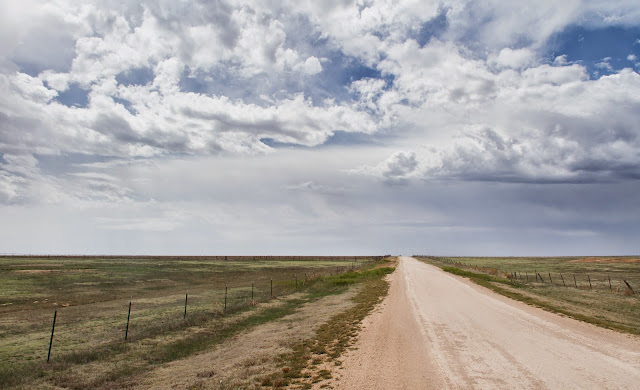 I reached some plains so vast, that I did not find their limit anywhere I went, although I travelled over them for more than 300 leagues ... with no more land marks than if we had been swallowed up by the sea .... [T]here was not a stone, nor bit of rising ground, nor a tree, nor a shrub, nor anything to go by.

-- Francisco Vasquez de Coronado in a letter to the King of Spain on Oct. 20, 1541, describing the Llano Estacado, somewhere in the Panhandle of Texas

When we were upon the high table-land, a view presented itself as boundless as the ocean. Not a tree, shrub, or any other object, either animate or inanimate, relieved the dreary monotony of the prospect .... it is a region almost as vast and trackless as the sea ---- a land where no man, either savage or civilized, permanently abides; it spreads forth into a treeless, desolate waste of uninhabited solitude, which always has been, and must continue, uninhabited forever.

-- Captain Randolph Marcy, recording his first impressions of the Texas Panhandle in his diary, 1847

During my drives through the Panhandle to and from Oklahoma over the past three years, I was struck by the same oceanic vastness of the space noted by Coronado in 1541 and Capt. Marcy three hundred years later.

I was also intrigued by the things that people have constructed there since it was first explored.  In early April I spent three days photographing the old and the recent features of the high plains of the Panhandle within a 60-mile radius of Amarillo.

This is the first in a series of ten posts about various features in the Panhandle.  Following this post about geography, I'll share images and stories about windmills, cemeteries, trucks, Palo Duro Canyon, grain elevators, religious icons, Route 66, old buildings, and the Cadillac Ranch.

The Texas Panhandle consists of over 25,000 square miles of wide open space -- enough to easily contain the entire state of Massachusetts . . . twice!


The western half of the Texas Panhandle is an enormous grassy plain, the Llano Estacado, which on the east and west rises 200 to 300 feet from the surrounding land as escarpments.  Here's a relief map image:


And here's a road map with the Llano and its defining escarpments shown (ignore the line in the upper left; that escarpment is not related to the Llano): 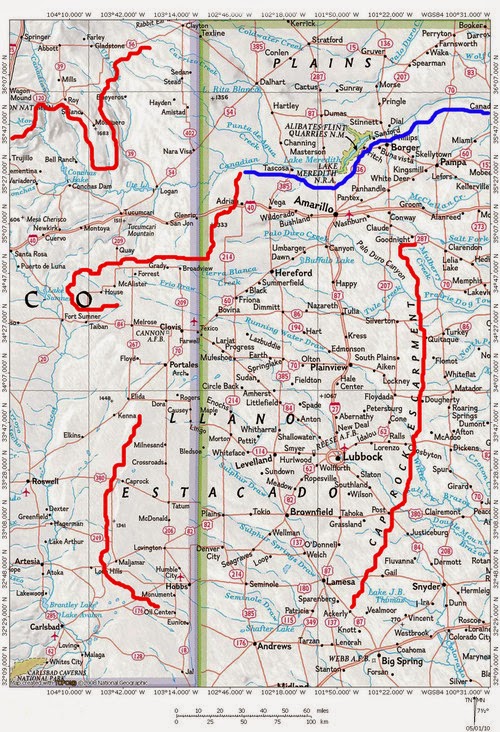 I crossed the New Mexico-Texas border on I-40 35 miles east of Tucumcari, NM, and 62 miles west of Amarillo. 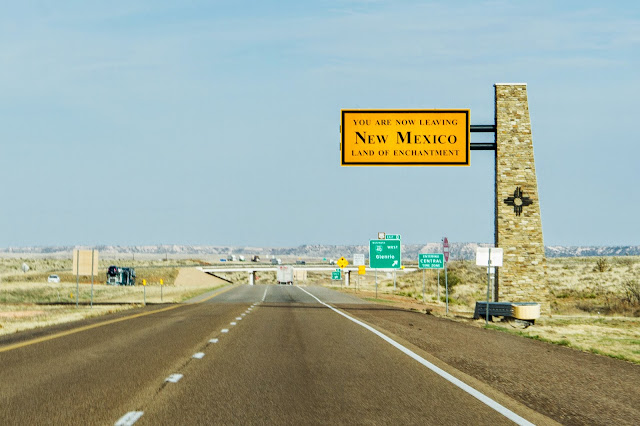 Here's what the escarpment looks like from I-40 at a closer distance: 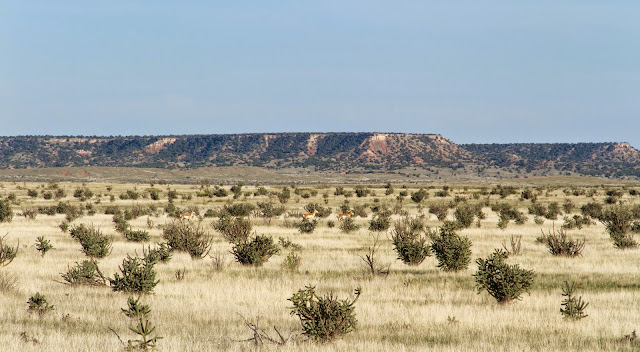 (Can you spot the three antelope in this image?  The most obvious one is very near the center of the image.) 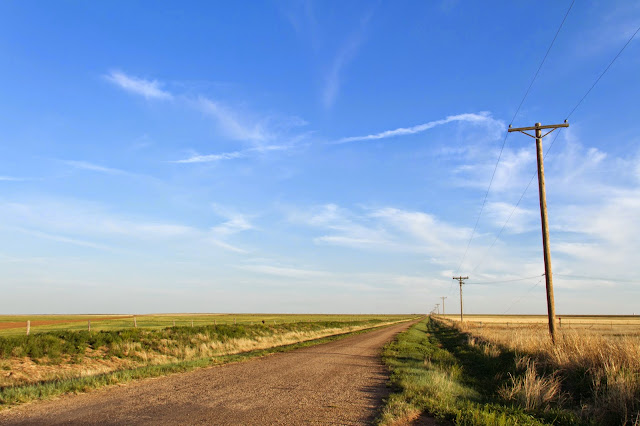 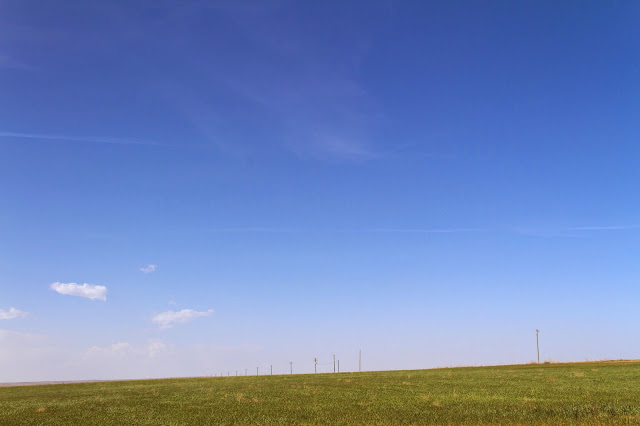 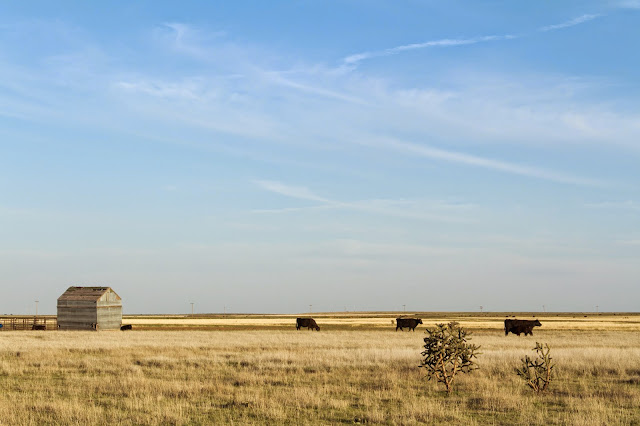 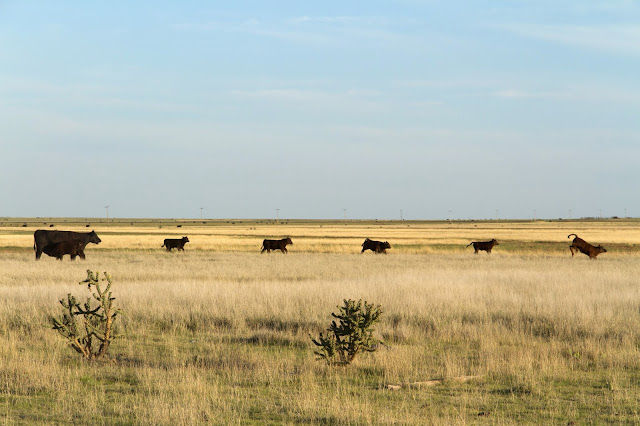 These and additional images in a larger format are available for viewing at my photography website, Todos Juntos Photography, by clicking here.

More posts about the Texas Panhandle are forthcoming. Next up:  windmills.