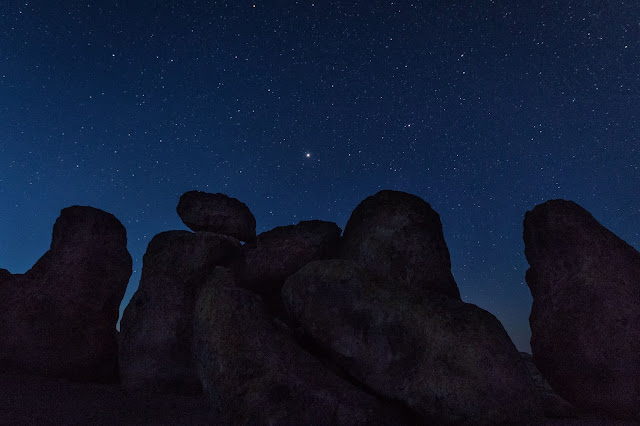 Out on an empty plain in the Chihuahuan desert area of southwest New Mexico, about a 5-hour drive from Albuquerque, there's an unusual one square mile outcropping of huge rocks.  It's protected as a state park called "City of Rocks." 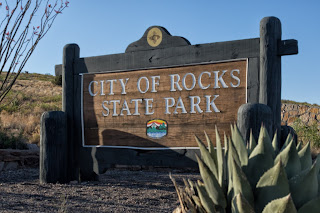 My friend, Bruce, wanted to visit the park to do some night photography because it is a "dark sky" site where the stars and Milky Way are much more visible than in an urban area.  So I tagged along for my Covid Respite #19.

From a distance, it just looks like a mess of rocks . . . which it is.  The rocks were formed about 35 million years ago when a very large volcano erupted.  Erosion over millions of years slowly formed the sculptured columns now visible.

But up close you can see that these are giant boulders and pinnacles, some reaching 30-40 feet high.  Here's our campsite: 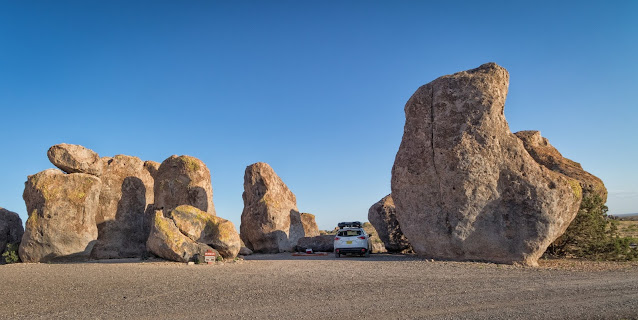 We arrived about two hours before sunset, and after a quick supper of cold Subway sandwich (me) and Whole Foods chicken salad (Bruce), we began to scout for locations that would make good foregrounds to frame a starry sky and hopefully the Milky Way.

We had to reserve our overnight campsite a couple of weeks in advance, but fortunately the sky was clear, with just a few clouds out on the northern horizon, giving us beautiful "golden hour" and "blue hour" light before the stars appeared. 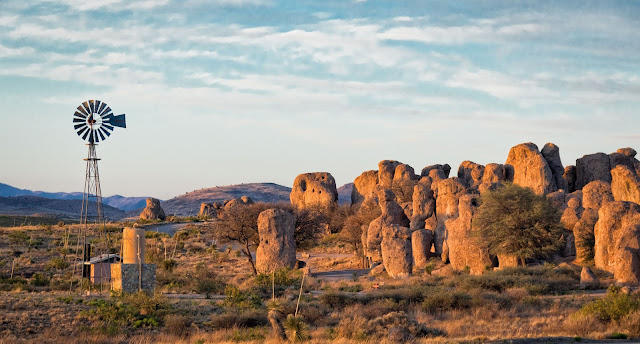 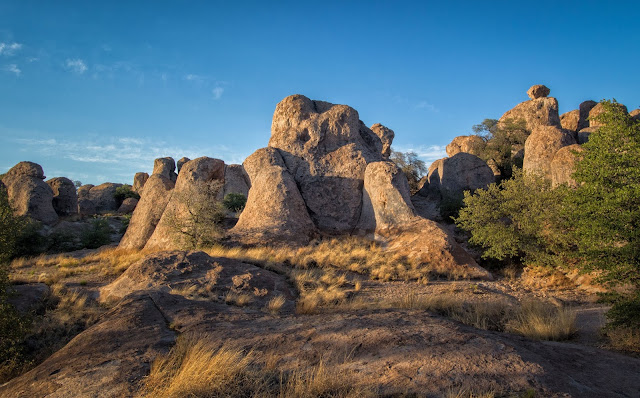 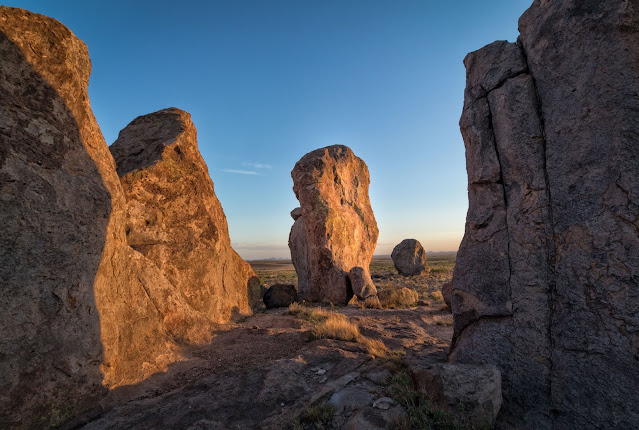 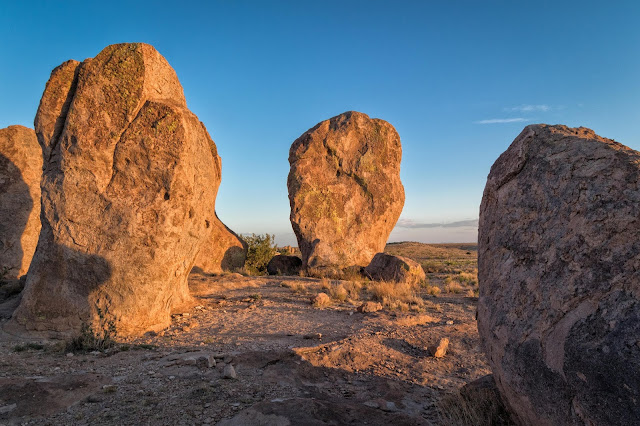 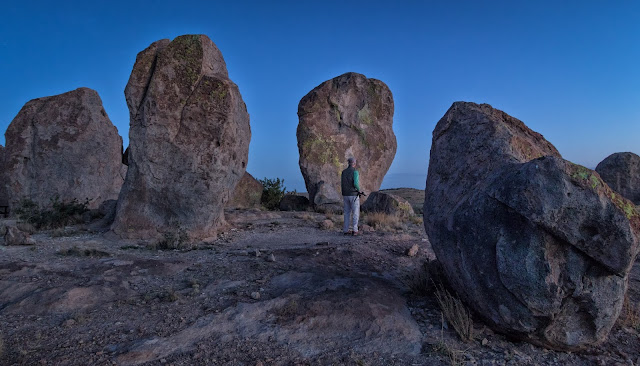 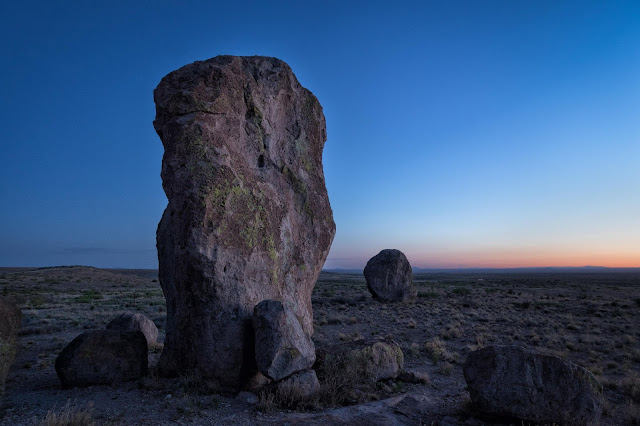 A couple of hours after sunset, the stars appeared: 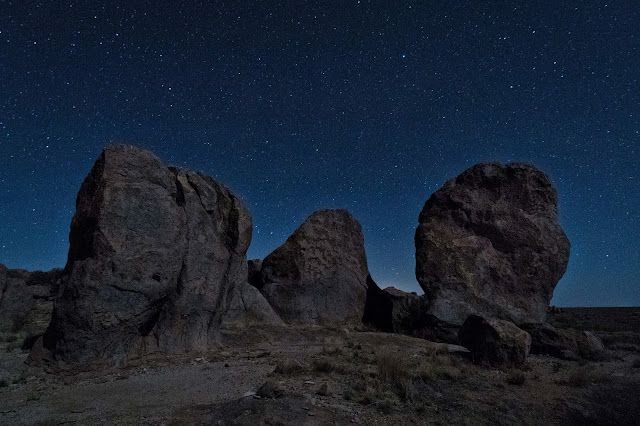 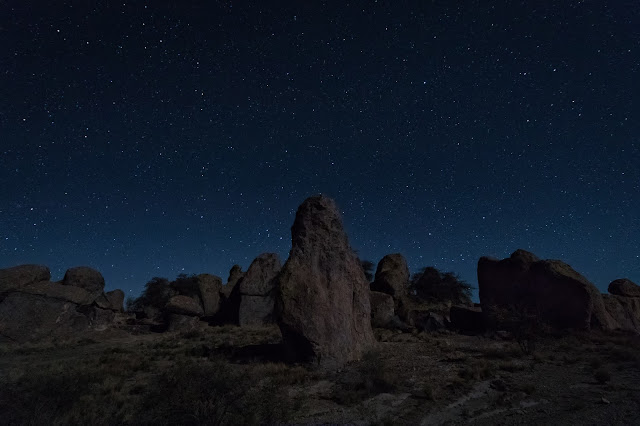 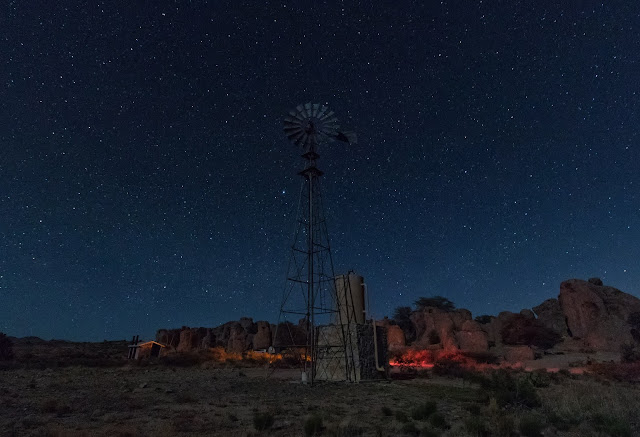 You might be wondering how the rocks could be so visible in the dark:  starlight is bright, but not that bright.  The answer is that we had a first quarter moon setting in the west which provided a surprising amount of light on the landscape.  The Milky Way, however, was not yet up in the east.  So we went back to our campsite and snoozed for a few hours.

When we awoke a little after 4:00am, the Milky Way was directly overhead and the "galactic center" was visible above the southern horizon.  We scrambled to get our shoes on and our cameras and tripods set up, because in less than an hour sunlight scattered by the Earth's atmosphere would overwhelm the starlight.

Here's what the galactic center looked like at 4:30am: 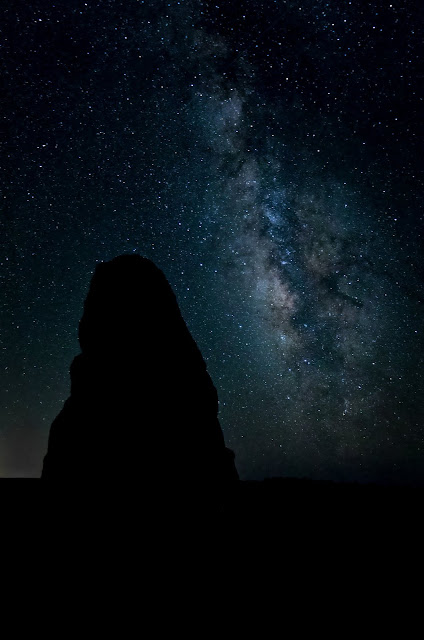 At 4:58am it was fading fast with the light of the coming dawn: 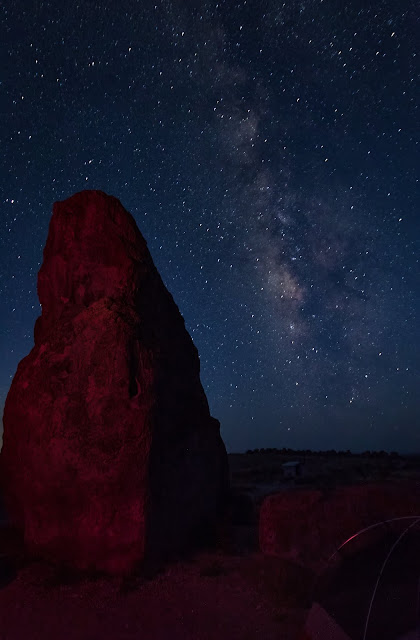 Hungry and in serious need of coffee, after sunrise we packed up, grabbed a hot breakfast and coffee in Silver City, NM, then headed home.